Documentary about a famous Brazilian footballer who never touched a ball 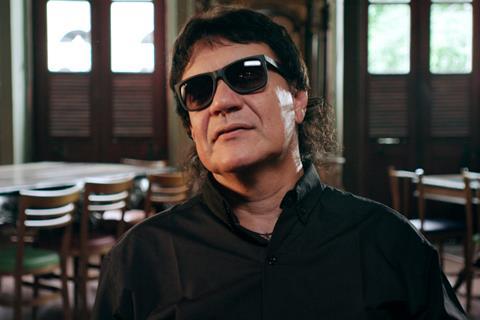 Carlos Henrique Raposo, aka “Kaiser”, undoubtedly had balls —and not just not the variety that one would normally associate with a Brazilian footballing legend. In fact, balls were something of a bete noire for a man who enjoyed the glitz and the girls of the soccer star lifestyle, rubbed shoulders with celebrities and was signed to numerous football clubs, all without actually playing football. This incredible story – too far-fetched to convince as a drama – is given a suitably brash and sassy treatment in this energetic and affectionate documentary.

The combination of a sporting theme, the punchy swagger of the approach, a supporting character with a ‘bionic penis’ and the remarkable true-ish story of Kaiser’s ‘anti-footballing’ career should make this a marketable package. Following on from its debut at Tribeca, Kaiser should expect further festival bookings and could cross over from the boutique documentary audience to attract mainstream theatrical interest. The main obstacle to success will likely be the film’s unexpectedly downbeat ending.

The first feature from British television director Louis Myles, this is not a film which favours a subtle approach when it can instead fill the screen with bikini-clad babes and the score with rambunctious salsa. A wildly over-written narration is also rather jarring. But although it is crude at times, the film is never less than boisterously entertaining.

The events depicted took place in Rio de Janeiro in the 1980s and 1990s. The acknowledgement that “some of them are true” gives an indication of the film’s playful approach and the tricky terrain for a documentary when the facts of a story are largely fabrications. As one interviewee comments, “If you repeat a lie four times, it becomes the truth.” And this might well be the case for Kaiser himself. He agreed to be in the film, he says, to finally reveal the facts. But his truth is relative, and tends to vary from day to day.

What seems to be certain is that Kaiser (named either after Franz Beckenbauer, or a squat beer bottle, depending on who you ask) was a man of great personal charm, quick wits and a luxuriantly glossy mullet haircut. That last attribute was more important than it might at first seem. It was a trait he shared, along with a passing resemblance, with Renato Gaúcho, one of the most famous Brazilian footballers of the 80s.

Kaiser’s first taste of the soccer-star lifestyle was borrowed from Gaúcho, after he encouraged the mistaken identities which occasionally occurred. From this starting point, the resourceful Kaiser engineered a career which hinged upon looking the part, having access to beautiful women and a seemingly endless list of evasion techniques to prevent him having to make contact with the pitch. “You never touch the ball,” observed one colleague, finally catching on to the Kaiser long-con. “I have a unique style of play,” he replied.

A carnival of colourful characters is woven into Kaiser’s manufactured mythology. Along with the owner of the prosthetic penis, there is a gangster who was regarded as the most dangerous man in Brazil, and a black magic priest who was recruited by one team to cure Kaiser of his persistent ‘injuries’. And at the close of the film, when the veracity of many of Kaiser’s claims has been questioned, the fact that “some of them are true” remains remarkable.