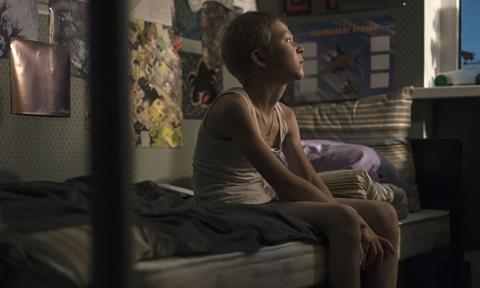 Faithful to his title, Andrey Zvyagintsev (Leviathan) deivers a cruel, desolate, unforgiving image of Russia’s new middle class, ruled by selfishness, greed, frustration, envy, anger and anxiety in Loveless. Like all his sombre portraits of Russia today, it is centred around family life, or the lack of it, when a couple who are disgusted with each other beyond words and about to divorce realise that their 12 year-old son has gone missing.

The chill of the frozen nature spreads into humans as well

Refraining from the much larger canvass he used for Leviathan, Zvyagintsev drills into each of his two main characters pitilessly, suggesting that on top of all their other emotional shortcomings, they have learned nothing from the past and will remain the same in future. Though Loveless tends to overstay its welcome at over two hours, given the director’s reputation, festival and art house careers are assured, even if not as spectacular as his previous successes.

Zhenia (Maryana Spivak) and Boris (Alexey Rozin) have had more than enough of each other, there is nothing to keep them together any longer, certainly not their son, Alyosha (Matvei Novikov), whom they consider mainly as an impediment on their way to starting a new life with new partners.

She has found an older, wealthier man willing to marry her right away, and he has a highly pregnant girlfriend eagerly waiting for him to be free. Neither one has much time to devote to their son until one morning they find out that he has disappeared, without leaving a trace. It is only then, about one third into the picture, that the plot really gets going. the police are called in without much success, a voluntary organisation brings in teams to help in the search, Alyosha’s only friend at school is interrogated, hospitals, even morgues are scoured, but to no avail.

In truth, there isn’t much of a plot, and what there is of it can be predictable. But the main attribute here is the painstaking observation of characters and situations, whether that be Boris’ workplace, run like fundamentalist dictatorship, or Zhenia’s mother spouting invectives against the whole world but mainly her daughter. And then, commentaries on the radio and TV heard in the background touch on everything from the state of the economy to the war in Ukraine, all offering an unflattering political landscape that everyone in the film seems to ignore as long as he or she is not personally concerned.

Splendidly shot in mid-winter by Mikhail Kritchman, Zvyagintsev’s regular cinematographer, in and around St. Petersburg (but carefully avoiding the picturesque historical center), the chill of the frozen nature spreads into humans as well, with Aarvo Part’s music featured on the soundtrack, adding to the effect.   Spivak and Rozin play the dysfunctional couple to the hilt, but each in his own way, she much tougher and hard, he softer and more restrained. They both perfectly convey the spirit of a generation far too concerned with its own personal needs to consider any of the others.