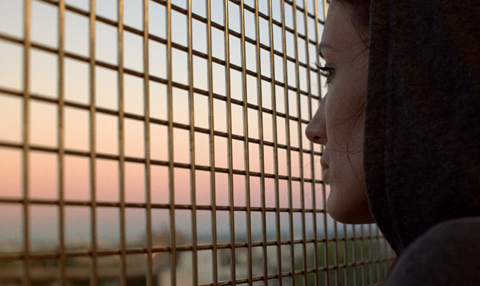 While the assertion, during the opening credits, that this film was based on ‘true events’ might be stretching the concept of truth a little, there is the sense of a fleshed out urban myth to this spare little thriller, winner of the grand jury prize at 2017’s South by Southwest. The pivotal scenes may be fictionalised, but the prickling, precarious threat is clammily authentic and inspired by the experiences of the film’s writer, director and star, Ana Asensio, as an undocumented Spanish immigrant eking out an existence in New York.

Most Beautiful Island’s stripped-down approach filters into everything from the production values to the performances – at times it feels like a bargain version of Eyes Wide Shut shot in a municipal carpark. But the lean filmmaking is effective when it comes to the mounting dread and uncertainty of the climactic third act.

The feature debut from Asencio, Most Beautiful Island demonstrates directing flair which is not always matched by the performances. The picture’s focus on the lives of a vulnerable underclass of immigrants, just at the point when America is closing its doors, makes this a timely addition to festival programs. And its prize at SXSW should bolster its commercial appeal.

An opening sequence, in which the camera stalks unwitting women on the streets of Manhattan, sets a menacing tone for this story. Asensio plays Luciana, a Spanish woman who has fled tragedy at home to start a new life in America, but finds herself perpetually one piece of bad luck away from living on the streets. She juggles menial jobs – in a chicken costume promoting a restaurant; as a childminder to the most bratty kids in New York state – and shrugs off the passive aggressive notes from her roommate marking territory in the fridge and demanding rent.

When Olga, a fellow chicken-costume colleague, offers her work at a party for a generous cash payment, Luciana’s desperation means that she doesn’t ask the questions that perhaps she should. With a bag full of prescription pills and smile full of bad intentions, Olga is not someone who is immediately trustworthy. The initial contact Luciana is given is hardly more promising: a flyblown Chinese restaurant where the proprietor barks orders. No bags, no cell phone and a rendezvous address that must be memorised. She is given a shoulder bag secured with a small padlock and sent on her way. At the ‘party’ venue, she finds a group of terrified women who are each assigned a number and told to wait their turn to play ‘the game’.

There is something of the deadly closed circle of Gela Babluani’s 13 Tzameti in the mysterious game which the women are required to play. But Asensio spends perhaps a little too long in the suspenseful set up and not enough time in the pay off – the game itself. Filmed on Super 16, with long prowling single-shot takes, the film gets the most out of its meagre resources. Also impressive is the use of sound. Jeffery Alan Jones, credited with both the score and the sound design, allows the oppressive clamour of the city to bleed into the music to atmospheric effect.