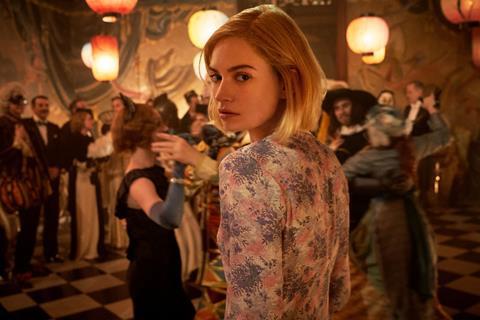 It has been 80 years since Hitchcock won Best Picture for his adaptation of Daphne du Maurier’s novel, and, like the Rebecca of the title, his ghost hangs around Ben Wheatley’s film like a Gothic over-achiever: it does seem very Mrs Danvers-ish to call this a timid imitator. That’s far too harsh. Because Wheatley, for all his outsider ballistics, has turned in perfect Sunday night TV for Netflix. Even if it mostly feels like a collision of Downton Abbey with Gatsby, this easy-on-the-eye drama is gleamingly accessible in a way that most drab British stately home period dramas can only dream of. Hitchcock shot in threatening black-and-white but Wheatley has gone full-colour, in every way, and numbers should be robust.

Reverting to the original plot – Hitchcock skirted around the ethics of the denouement – yet interpreting the ultimate outcome somewhat differently, writer Jane Goldman hits all the marks except menace, making this a pleasing trip to Cornwall in the company of the F Scott Fitzgerald-like beautiful if not-quite-so-damned. With Armie Hammer as Maxim de Winter and Lily James as Du Maurier’s never-named heroine, it’s a golden excursion, set initially on the French Riviera where this brooding widower and stately pile-owner meets the naïve young ladies companion.

With Ann Dowd playing her bitchy employer Mrs Van Hopper to the full hilt, the going looks good for Wheatley to take a gargoyled perspective on Rebecca despite the initial luxe Grace Kelly/Monte Carlo vibe. Max, cheerful enough to begin with, owns the legendary Cornwall estate Manderley, presided over until recently by his dead wife Rebecca, an infamous paragon of style. A whirlwind romance results in marriage and a return to Manderley (a composite of several stately homes), and the waiting housekeeper Mrs Danvers (Kristin Scott Thomas).

The character of Mrs Danvers, or Danny, is an icon of page and screen, and Scott Thomas seems only too happy to try her hand at the role so campily immortalised by Judith Anderson in the Hitchcock version. She’s more controlled, yet icily relaxed in her persecution of the second Mrs de Winter, as Max himself turns angry and sour, flouncing off to manage his estate and leaving it to his sister (Keeley Hawes) to try pour oil over some very troubled waters. The mystery surrounding Rebecca’s death and her affair with her cousin (Sam Riley) hangs over Manderley like a fog, and her timid and outclassed successor is going to have to make some difficult choices as the film progresses. Yet Goldman’s script isn’t quite nuanced enough to dwell on just how morally challenging they are.

There are some missed opportunities here. The sequence in which Mrs Danvers goads her mistress into contemplating suicide is almost a throwaway. Shooting on location, and not on a Hollywood soundstage, gives Wheatley the luxury of spectacular vistas, but they seem to melt away the sense of Gothic claustrophobia that the novel depends on. Manderley lacks a personality, and it’s as big a deal in the film as anyone who lives in it. Hammer and James are very pleasant people to spend time with, though, much less prickly company than Laurence Olivier and Joan Fontaine, but not quite so threatening/threatened as well.

Rebecca is the whole high-end package. Production design by Sarah Greenwood is a whirl of period locations set-dressed with finesse. (One particular hallway seems very familiar from another production, but the film never stays in one place for long). Clint Mansell’s score is pitched at just the right level. Wheatley never tries to rip up the rule book – it’s more of a gentle homage, albeit more gentle than you’d expect from the director of A Field In England. Many films pay homage to Hitchcock, although few dare repeat. It’s not very widely-remembered now, but Gus Van Sant directed a shot-by-shot remake of Psycho in 1998. It starred Vince Vaughan and Anne Heche. It was derided at the time, but actually, it was OK – just not great. Much the same can be said of this.