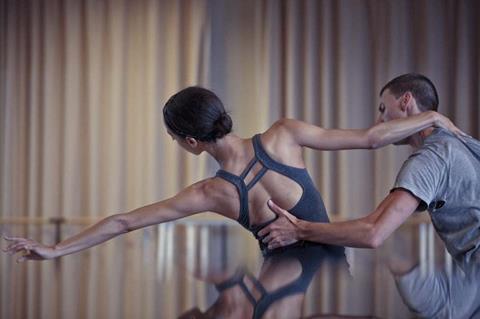 Audiences could be forgiven for thinking that Frederick Wiseman’s exhaustive La Danse was the only documentary they would ever need to watch about the Paris Opera Ballet. But then the charismatic, iconoclastic dancer and choreographer Benjamin Millepied (known for his work on Black Swan and for marrying Natalie Portman) took over as the dance director of the august institution and a new chapter commenced.

It is electrifying viewing, and will fascinate an audience attuned to the world of dance, both in a festival and theatrical setting

If the austere, restrained approach of Wiseman’s film captured the rigid, hierarchical institution before Millepied took over from outgoing director Brigitte Lefevre, Thierry Demaizière and Alban Teurlai’s vibrant account of the run up to Millepied’s first gala presentation reflects the energetic, assured, occasionally anarchic approach of the new incumbent. It is electrifying viewing, and will fascinate an audience attuned to the world of dance, both in a festival and theatrical setting. Whether or not the film will capture the attention of non-ballet fans is less certain. However, Millepied’s celebrity off-stage as well as on should exert a pull. The arresting visual package on offer is also likely to work in the film’s favour.

We meet Millepied thirty-nine days before the premiere of his first original work for the company. He is listening to the madly difficult new composition by Nico Muhly, commissioned specifically for the piece, his eyes huge, his fingers restlessly scribbling the pencil notations in an A5 notebook which will eventually become a ballet. “Incredible! Fantastic!” he murmurs. Benjamin Millepied, we quickly learn, is not a man who reigns in his enthusiasms. With his jogging pants and ready laugh, he’s depicted as a maverick spirit in a deeply conservative world. Millepied is shaking things up. But if, as is suggested, the knives are out for him in some sections of the institution, they are kept carefully sheathed whenever the cameras are running.

The film explores the Paris Opera Ballet as a physical institution as well as a cultural one. Chapters in the film are broken up with rapid edits of scenes from various parts of the theatre – the effect is like someone impatiently flicking through the pages of glossy book. The imposing building, with its maze of arteries and passages, takes on an almost comic, Kafka-esque quality at times. The restless camera trails Millepied as he gets himself thoroughly lost on the way to a rehearsal; meanwhile his frazzled assistant Virginia is constantly trying to locate him.

The film’s main asset is undoubtedly its central character. Millepied is warm and likeable. He is a technically brilliant dancer, but rejects the sternly authoritarian approach favoured by his contemporaries. “You don’t learn to love ballet by being yelled at,” he explains. His mission to shatter the institutional racism of the old guard is admirable.

So magnetic is Millepied that it is only towards the end of the film that you realise that perhaps the some of the other characters – in particular the young dancers who blossom under his attention – might have been developed more fully. Another slightly problematic issue is the tendency to show pivotal dance sequences in slow motion. While it is hard to fathom the rationale behind taking the work of some of the most exciting performers in ballet and slowing it down to half speed, fortunately most of the choreography is expressively and instinctively captured by co-director and cinematographer Teurlai.