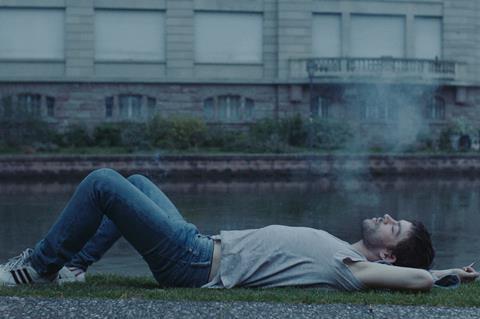 The kindness – and unkindness – of strangers looms large in the life of a feral male prostitute in Sauvage, an incredibly frank and involving immersive portrait impressively anchored by an in-every-frame performance from Félix Maritaud. Gut-punchingly authentic with radiant moments of tenderness where least expected, intimate yet not voyeuristic, this first feature by writer-director Camille Vidal-Naquet gets the balance between looking-for-love and settling-for-sensation exactly right. Three years of field research have paid off in a film worth experiencing by a talent to watch.

In full command of every hand-held frame, Vidal-Naquet offers scenes of startling affection as well as scenes involving pain and humiliation

We meet our unnamed protagonist – “my name is whatever you want it to be” – in a situation consisting of very novel foreplay. (The press notes say that his name is Leo while admitting that that name is never uttered in the film.) We eventually learn that he’s 22 and has some health problems, although not the ones you’d assume in his line of work. He’s easy-going and seems kind and considerate. His only possessions are his body and the clothes he’s wearing.

Leo has no fixed address and mostly subsists on eating what he finds in garbage cans or steals from a fruit stand, drinking water from street gutters when he’s thirsty. He does seem to have the money to fill his crack pipe and get tattoos. When a gloriously non-judgmental doctor (Marie Seux) – one of a mere handful of female characters – asks if he’d like to pursue treatment to kick his drug habit he answers, quite seriously, “What for?” Leo doesn’t seem to mind his life or aspire to making any improvements. He’s an inadvertent poster boy for living in the present moment, without cynicism or guile. He’s open to servicing elderly men, the disabled and other categories of clients to whom his fellow male prostitutes are not nearly so generous.

Leo – whose slim hips display a Mick Jaggerish swagger to go with his spontaneous come-hither gaze – has a serious crush on Ahd (Eric Bernard), a muscular adult fellow prostitute who says he isn’t gay but has fallen into hustling to get by. While mostly protective toward Leo, Ahd still harbors ambitions to get out of town and make a better life for himself. Leo doesn’t know what to do with his inconvenient longing for his unattainable buddy.

For the loose group of hustlers who work a road in the woods – some with indeterminate accents, one who doesn’t speak French at all – the alternative to 20 euro blow-jobs is to be taken under the wing of an older, financially secure man. Such opportunities are available – but who goes for them and who doesn’t is part of the chess board of weighing personal freedom against the comforts of being a kept man.

In full command of every hand-held frame, Vidal-Naquet offers scenes of startling affection as well as scenes involving pain and humiliation. Leo loves to turn his face up toward the sun as much as he enjoys dancing with shirtless abandon in strobe-lit clubs. His fleeting satisfactions and persistent longing are captured moment by moment, sweeping the viewer along. An ellipse involving a potentially scary client is masterful.

Tapping into a reservoir of physical grace, Maritaud, who appeared in BPM, projects a deep range of emotions, going with the flow with such magnanimity that Leo’s eventual flashes of anger are as unsettling as they are expressive.