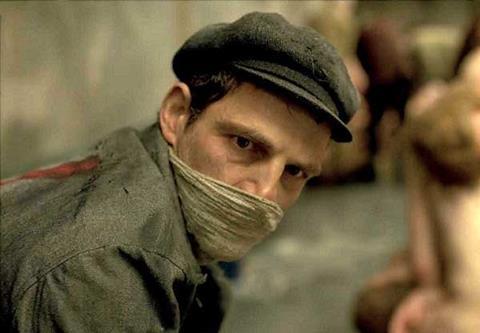 It is stating the obvious to say of any Holocaust film that it shows the concentration camps as an earthly hell. But the observation takes on genuine meaning with Hungarian drama Son of Saul, which not only gives the metaphor a powerful new charge in terms of dramatic intensity, but represents a serious attempt to rethink the visual codes of depicting the atrocities of the Shoah - events that have, in the last three decades, been increasingly often represented in cinema, arguably to the point of devaluation. Using techniques of distanciation that sometimes make it an alienating, even confusing experience, László Nemes’s cogent, strikingly confident debut is harrowing, but cinematically rewarding. It will be a must for festivals, and, one hopes, for intrepid art-house distributors.

The drift of events is often hard to follow, but the film finds a mesmerising centre in Röhrig’s performance, which combines unsettling vacancy with primal intensity

The setting is Auschwitz in 1944, where a Hungarian Jew named Saul Ausländer (Röhrig) works as a member of the camp’s Sonderkommando. As an opening title explains, these were prisoners detailed to help carry out the day-to-day running of the camp - a duty which includes herding new arrivals into the gas chamber and cleaning up for the next consignment. As soon as we see the first close-up of Saul, whose hard-to-read face seems something between stone and dead flesh, we sense that his untenable situation has cauterised his very being. Then Saul acquires an obsession that gives the drama a singularly troubling impetus: finding the body of a boy who appears to be his son, he resolves to find a rabbi to bury him.

Son of Saul offers a rigorously desentimentalised representation of the camps as a brutal milieu in which prisoner shows little pity to prisoner, and in which the industry of the death factory rolls on relentlessly - as intimated by continual frenetic action and by Tamás Zanyi’s oppressive, mutli-layered sound design.

Writer-director Nemes was assistant director on Bela Tarr’s The Man From London, and although he shares that director’s high seriousness and commitment to long takes, the film does not otherwise echo Tarr. Using claustrophobia-inducing 1:33 ratio, and holding tightly for long stretches on Saul’s head and shoulders, Nemes goes to some lengths to recreate the daily business of the camps, using hordes of extras, much as Spielberg did in Schindler’s List. Yet he makes a point of keeping most of this action either obscured or out of focus in the background, which only makes it more horrific.

The effect is to show Saul utterly immersed in his world and yet isolated from it. This visual approach, hanging closely on lead actor Röhrig, owes less to Tarr than to the Dardennes, while the involved choreography of camera and extras recalls Miklos Jansco’s seminal The Round-Up. The drift of events is often hard to follow, but the film finds a mesmerising centre in Röhrig’s performance, which combines unsettling vacancy with primal intensity, and certainly precludes the identification that too often provides the viewer with facile catharsis in such dramas.