Winner of the debut prize at the Berlinale, Catalan director Carla Simón’s story about an orphaned six year-old girl is authentic and memorable 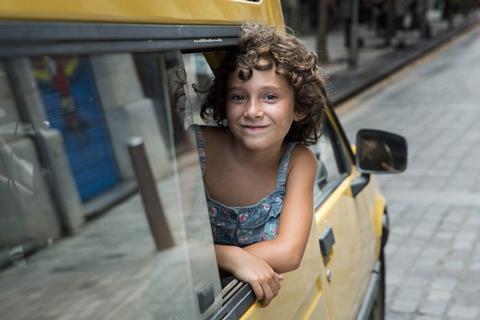 It might be with a child’s eyes that Summer 1993 relates the efforts of a six year-old trying to cope with grief, but it is with maturity, empathy and heartfelt emotion that it conveys the uncertain reality that follows. Entered in the Berlinale’s Generation Kplus sidebar but winner of the festival’s overall best first feature award, Catalan director Carla Simon’s debut is both tender and determined as it relates a tale of a young orphan trying to fit in with a new family. Its affectionate but yearning sentiment should see further festival success follow at a minimum.

Its perception that gives Summer 1993 its strength, helping it become much more than just a period-set rites of passage film.

Death, life and the tumult of those placed between the two extremes are Frida’s (Laia Artigas) daily concern — or, they would be if she was any older or more experienced in anything other than being a child. Overcoming the loss of one’s parents, coming of age in heightened circumstances and finding a place to belong are somewhat standard narrative elements, particularly in a film predicated upon harsh truths giving way to gradual life lessons, and yet Summer 1993 shows that even seemingly familiar stories can be seen anew.

Here, in a project that came through Berlinale Talents in 2015, the wise-beyond-her-years Frida knows that she wants something other than a struggling existence in the shadow of grief, largely pretending that all is well at her new home with her uncle Esteve (David Verdaguer, 10,000km), aunt Marga (Bruna Cusi), and toddler cousin Anna (Paula Robles), while letting her true feelings seep out when she’s alone. While her extreme youth isn’t a cure for an identity-redefining loss, it does help Frida tackle her situation with a practical and resilient outlook.

That perception — peering at everything in sight with a clear but questioning gaze that constantly holds the viewer’s attention — gives Summer 1993 its strength. Understanding and depicting the result when the innocent are forced to face life’s difficulties helps the film become more than just a period-set rites of passage. All of those aspects may remain present, but it’s how they’re expressed, rather than the plot mechanics they’re couched in, that matters and proves so memorable here.

So it is that Frida steps beyond her comfort zone and into a domestic situation seething with both care and caution. Anna looks up to her adoptive sister, though their bond isn’t always reciprocal, and Esteve and Marga are visibly concerned about Frida’s progress. As her plight unfolds, add Artigas to the list of talented fledgling performers able to both act and articulate the inner state of being a child in times of trouble. Her younger co-star should also be added to the list of performers to watch, too, with the childrens’ unobserved interactions — by the feature’s adults, not the film’s audience — disarmingly authentic

They’re such an engaging and unaffected pair that London Film School graduate Simón, who writes, directs and draws upon her own real-life experiences, only takes a misstep when it comes to the obviousness of some of her material — though not its impact. While Summer 1993 flirts so heavily with expected themes that foreseeing what happens next is a foregone conclusion, it’s the texture behind the tale (and the way that Simón grounds it so effortlessly in Frida’s perspective) that leaves an imprint.

With the film often bathed in the sun that makes the titular season what it is, below-the-line work is more than solid. Indeed, the feature that results is as loving in appearance as it is in handling even the most painful of emotions and is finely, patiently timed throughout.