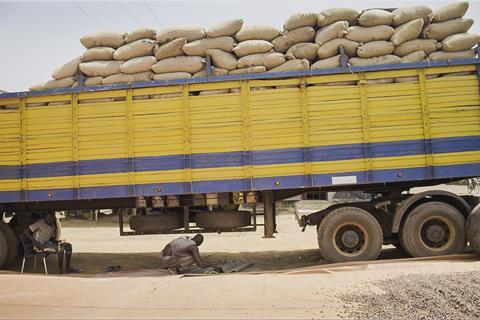 It is unlikely that you have witnessed pure evil until you have seen the flicker of satisfaction on the face of a corporate lawyer who thinks that he has slithered his client out of charges of abetting child slavery on a technicality. It is one of many enraging moments in Miki Mistrati’s account of a long-running legal battle which pits a couple of civil rights lawyers against the might of chocolate companies Nestlé and Cargill. It is not exactly a fair fight: think David versus a whole army of Goliaths, driving tanks and armed with money and enough paperwork to submerge and suffocate their opponents. It is a story which is ongoing – audiences are not going to find a neat moment of closure in this film. But they might leave the picture enlightened about the real cost of chocolate.

More effective than the protracted court battles would be a mass boycott of Nestlé products.

The ethical failures of the chocolate industry when it comes to child trafficking and slavery is clearly a theme which is close to the heart of Danish documentary filmmaker Mikki Mistrati. It is the third film that he has made on the subject, following The Dark Side Of Chocolate (2010) and Shady Chocolate (2012). This latest is an illuminating call to arms, which, while it may lack the satisfaction of an upbeat ending – or indeed any ending at all – cuts between courtroom drama and investigative reporting to stirring effect. In terms of the filmmaking, it is more about delivering a message than it is about artistry. There are elements – like an overbearing and self-important score – which lack subtlety. That said, this should be a title of interest to further festivals, particularly those focussed on human rights issues.

The main focus of the film is lawyer Terry Collingsworth: peppy, dedicated and radiating chipper decency, he has been fighting the case of six young men from Mali for over a decade. The plaintives claim that they were trafficked to the Ivory Coast at the age of twelve and then forced to work as slaves on chocolate plantations, enduring brutal treatment from their captors. One man – they are all anonymous – recalls that his feet were slashed with razors after he attempted to escape, and hot sauce and salt was rubbed into the wounds. Their cases are far from unusual. On a fact-finding trip in the Ivory Coast with a pair of very impressive young women, Melina Cardinal-Bradette and Kelsey Peden, both law students from Berkeley, Collingsworth’s car breaks down. With nothing better to do while waiting for help, the team wander onto the nearest cocoa farm and immediately encounter very young children equipped with machetes. They are, says the farmer, his children or the children of his neighbour, but there is no way of verifying this claim.

Elsewhere on the trip, the lawyers managed to unearth evidence which ties Nestlé directly to the plantations – contrary to the company’s claim that they buy from a middleman and thus have no knowledge of the labour practices of the farms. And, they reveal, Fairtrade accreditation and UTZ certification, are not quite the badge of reassurance for the ethical consumer that they purport to be.

Back in the US, Collingsworth’s colleague, the stoic, unflappable Paul Hoffman is arguing the case in Pasadena, and then, having been given the go-ahead to sue the companies, finds himself facing a US Supreme Court full of Trump-appointees, after Nestlé and Cargill appeal.

It is a story which is ongoing, with Hoffman and Collingsworth digging in for the long haul. But as Hoffman points out, more effective than the protracted court battles would be a mass boycott of Nestlé products. And that, perhaps, is where films like this one come in.

Production company: Made In Copenhagen