An Israeli father and daughter struggle with their crumbling relationship 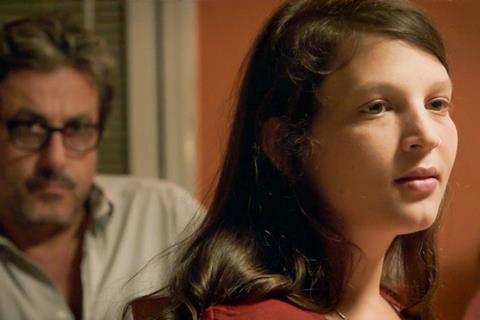 The Day After I’m Gone

The frayed bond between a father and his teenage daughter threatens to snap completely in The Day After I’m Gone. The debut feature of writer/director Nimrod Eldar is a thoughtful, quietly moving exploration of a troubled parent/child relationship but it’s sense of restraint and unvarying pace may impede its progress from further festival exposure to a commercial afterlife. A winner of the Cinelink award for Work In Progress at the Sarajevo Film Festival and a Sam Spiegel Alumni Award, The Day After I’m Gone still confirms Eldar as a promising talent with a subtle understanding of behaviour and emotions.

The subject matter could easily lend itself to sentimentality, but Eldar commendably avoids any move towards the mawkish

Yoram (Menashe Noy) is a middle-aged vet living in Tel Aviv with his 17-year-old daughter Roni (Zohar Meidan). He believes she has reached the “age of ungratefulness” and treats their lack of meaningful communication an an inevitability of adolescence. They barely exchange a word and it seems the only way they can continue to live together is with as little contact as possible. When Roni goes missing, Yoram waits a couple of days before even reporting it to the police, confident that she will simply turn up again.

Eldar captures the studied indifference of their interactions well, as neither shows any willingness to break the cycle of their behaviour. Yoram finds it easier to text her that dinner is ready rather than walk into the next room and tell her. Roni never says where she has been when she returns home after dark.

Roni’s suicide attempt and the involvement of other family members opens up the story but also results in a loss of focus. We learn that father and daughter are isolated in grief over the death of Roni’s mother. Roni herself remains an elusive figure. Perhaps it is a deliberate move that we are left knowing as little about her as her father but it does leave the character feeling underdeveloped.

Menashe Noy’s Yoram has the look of someone permanently exasperated by the world. Grumpy silence and simmering resentment are his coping mechanisms. Zohar Meidan’s Roni is like a walking wound. The actors baleful glances and swallowed words convey the impression of two people desperate for someone to help break down the wall between them.

The subject matter could easily lend itself to sentimentality, but Eldar commendably avoids any move towards the mawkish. His keeps events grounded and believable, making the smallest shift towards mutual understanding all the more moving. He also shows an eye for location and telling visual flourishes. Yoram works at a nature reserve, rushing to theatre to operate on a leopard. The family visit takes place in a desert community around the Dead Sea that has almost become a ghost town thanks to a vast sinkhole. A fairground visible from Yoram’s apartment allows him to lose himself in dreamy contemplation of the neon lights, swirling ferris wheel and twinkling attractions.

The sound design constantly accentuates the noise of events off camera, from a football match to the fairground crowds, that are full of the bustle and life that is always just beyond the reach of Yoram and Roni.