The Ghost Writer (aka The Ghost) 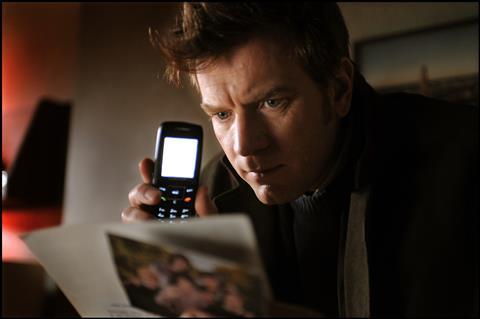 A stylish, precise salute to Hitchcock’s thrillers but still bearing all the hallmarks of Roman Polanski’s distinctive style, The Ghost Writer is an effortless take on Robert Harris’ best-selling novel and a film lover’s delight.

After the very disparate The Pianist (2002) and Oliver Twist (2005), The Ghost Writer marks a move back to Polanski’s pacy terrain of Frantic (1998) or even The Ninth Gate (2000), all peppered through with Alexandre Desplat’s entrancing retro score and even some breezy comic moments.

While fans of the troubled auteur will come away sated, however, Polanski may need all his notoriety to muster the might of the domestic multiplex for this low-tech political thriller — Frantic took $17m in the US, with The Ninth Gate only returning $18.6m, despite Harrison Ford and Johnny Depp respectively leading the charge. Wider audiences in the US could remain elusive.

Internationally, the outlook is brighter. While the book — about a former UK prime minister and his wife who cosied up to a warmongering US regime — was interpreted as a thinly veiled attack on the Blairs, Polanski, working with Harris on the screenplay, has extracted any whiff of Tony and Cherie from his film, to its immense benefit.

A Blair-weary UK public should respond enthusiastically, as will co-production territories France and Germany (despite the film’s setting — an island styled after Martha’s Vineyard or Nantucket — The Ghost Writer was shot entirely at Studio Babelsberg and on location in Germany).

Polanski’s operatic opening, on a car ferry, is an immediate attention-grabber. Ensuing sequences in a rain-soaked London witness the Ghost auditioning for the job at a powerful publishing house and introduce a subdued Timothy Hutton as the Langs’ personal lawyer. However grey London is, it is outshadowed by the former prime minister’s steely grey windswept retreat — a glass-walled bunker on “an island off the Eastern seaboard”.

En route to start his job — with the prerequisite impossible timeframe in which to complete the memoirs — the Ghost discovers that Adam Lang may be indicted for crimes against humanity at the International Criminal Court over state-sanctioned torture during his tenure as PM.

At the seaside house in the decidedly off-season, the Ghost is introduced first to the icy Ruth Lang (Williams) and later to a preoccupied Adam by his suspiciously close PA, the Hitchcockian blonde Amelia (Cattrall).

The plot suitably thickens until our beleaguered, fairly ordinary hero (his last book was a magician’s memoirs called I Came, I Sawed, I Conquered) finds himself in the middle of a maelstrom in which a car’s satnav must play a decisive role.

The locations — inauthentic as they may be — and the elements are almost as central to The Ghost Writer as the events which take place on screen, and Polanski has mastered his forces here in an orchestral manner. The austere camerawork from DoP Pawel Edelman, who has worked with Polanski since The Pianist, complements Albrecht Conrad’s design, and Desplat’s score is a delicious through line.

McGregor is a rediscovery in the role of the Ghost, while it is an enormous relief to witness Brosnan delivering the book’s cipher and not another tedious impersonation of Tony Blair.

A difficulty, though, is Olivia Williams’ performance as Ruth Lang; she is convincingly angry, but it is a furious, one-note performance. The Ghost is required to be initially attracted to the former PM’s wife, not terrified by her — or at least, not wholly.

As a final note, locations and set design are notably more convincing than the accents of the supporting cast, which give the impression that theEastern Seaboard may well now be a European territory.

Based on the novel The Ghost by Robert Harris