The Man Who Will Come (L'Uomo che verra) 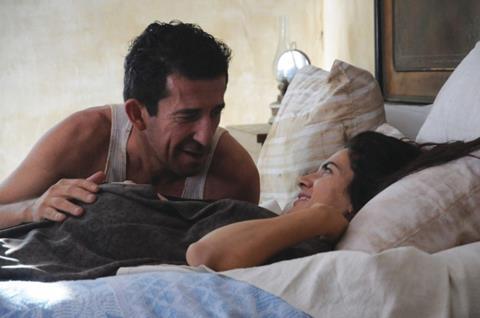 The Man Who Will Come marks Giorgio Diritti, here on his second feature, as one of Italy’s directors to watch and is inspired by the SS massacre of 770 women, children and elderly people in the hills above Bologna over two months in late 1944.

Out of the historical record – which is still foggy, as so few villagers survived ­– Diritti has mounded a film that sets the age-old rhythms of rural life against these few days of incomprehensible brutality. The Man Who Will Come not only stirs shocked indignation, but probes questions of man’s place in nature, and the mystery of death in an archaic community that already seems strangely suspended between heaven and earth.

Filmed in the impenetrable dialect of the Bolognese Apennines – which means that most Italian viewers will also need subtitles – The Man Who Will Come is a small but beautifully shot indie that will need word-of-mouth and critical support to clock up arthouse numbers even on home ground. Controversies about the Italian Resistance fighters’ culpability in provoking the massacre – still a touchy subject after all these years – will have little bearing given the even-handed way in which the film deals with the subject. Italian sales company Intra Film picked this title up on the eve of its Rome fest debut, although demand from foreign buyers will be cautious and gradual.

There’s more than one interpretation of the film’s title, but the most obvious relates to the baby boy that Martina’s mother Lena (Sansa) is expecting: the dramatic arc of the film covers exactly nine months between conception and birth. Eight-year-old Martina (Montanari) is the film’s focus and narrative fulcrum; dumb but not deaf, she acts as a mute witness to the events which unfold.

Much of the first part of the film is given up to establishing family ties and charting the hard but sociable routines of rural life in this mountain farming community, which is presided over by stern patriarch Armando (Casadio). The overriding atmosphere of slightly magical, other-worldly suspension is enhanced by some Vermeer-like lighting and Roberto Cimatti’s delicate camerawork.

Gradually the shadow of the war falls over the valley. Germans come to buy wine and eggs; local resistance fighters, supported by most of the the villagers, begin to score successes, and visitors appear – a travelling salesman who may or may not be a Fascist spy; a city family fleeing the bombing in Bologna. But the locals, inured to hardship, are simply caught up in the tides: though they are hostile to the German interlopers, nothing they do merits the blind, mechanical killing machine that is unleashed on them.

Filtering most of the action through Martina’s viewpoint adds another distancing device to an already poetic, pensive take on an emotional subject. This actually serves to make the final slaughter all the more affecting, as it leeches the melodrama from Dirititti’s remarkable film, leaving only the human terror and pity.