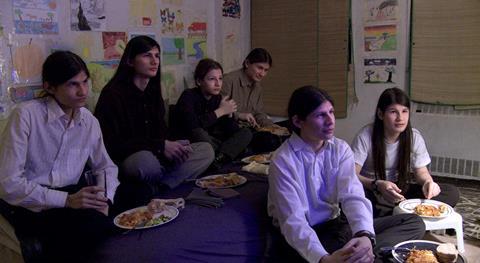 There are documentaries which raise questions about their themes and subjects, and others which raise questions about their methods. The reason The Wolfpack is so fascinating, and at times so disturbing, is because it keeps us teetering uneasily between empathy for a remarkable human drama and the suspicion that we’re not getting the whole truth, let alone nothing but the truth.

It’s difficult to deny that in a strange way, the methodological dilemma, or mystery, at the heart of The Wolfpack is one of the factors that make it such compelling viewing

The story is one any young documentary-maker would trade their Maysles brothers box-set to stumble on. Seven strikingly handsome yet also unsettlingly intense siblings ranging in age (we guess) from their early teens to their mid-twenties have grown up in near-seclusion in a City Housing Authority apartment in New York’s Lower East Side, being home-schooled and rarely venturing outside. This pressure-cooker environment, combined with a well-stocked home DVD and VHS library, has prompted them to take refuge in play-acting, but of a very special kind: they re-enact their favourite movies – like Reservoir Dogs – scene by scene, doing the voices and making all the costumes and props out of whatever they can get their hands on.

Weird? You bet. Weird and original enough to propel this feature-length documentary – picked up by Magnolia shortly after its Sundance debut – to a theatrical run, one that will be fuelled also, for film buffs, by the sheer inventiveness of the Angulo clan’s cinematic re-imaginings, by the way they use movies (including The Dark Knight Rises, re-enacted with costumes made from yoga mats) as a kind of secret language.

The oddness of this hothouse world is compounded by a growing sense of menace in the apartment where most of the documentary is filmed – a menace that centres on Oscar, the father, a Peruvian follower of Hare Krisna (hence the kids’ Hindu-deity names), who met his children’s mother when she was on the Machu Picchu hippy trail and who seems to tyrannise over the roost from behind a closed door. His wife, Susanne, shows some of the classic signs of the dependent victim of domestic abuse – something more than hinted at in the interviews with her and her boys that provide the film’s backbone (Vishnu, the single girl among the seven siblings, hardly opens her mouth).

There are dark suggestions – not pursued – that Oscar’s abuse may in the past have extended to his children too, but when – in a way that feels too artfully deferred – Oscar himself is interviewed, it’s a bit of a letdown. Spouting paranoid, conspiracy-theory drivel, he feels like a washed-out shell of a man compared to his dynamic, creative brood – or is this just a front for the camera?

By this time – around two-thirds of the way in – we’re struggling with extra-textual demons at least as troublesome as Oscar. Director Moselle chooses not to contextualise the story with introductory captions or outside voices – so the fact that the social services are clearly aware of this interestingly dysfunctional family is somewhat swept under the carpet (in exactly the same way that another recent breakout documentary, Searching for Sugarman, fudged the fact that its subject, the musician Sixto Rodriguez, wasn’t really all that lost and forgotten during his so-called ‘lost years’).

The elephant in these rooms with their grungy but by no means squalid Lower East Side views is the fact that, if this is such a prison-apartment (“There was a year we never went out at all”, one of the boys tells us at one point), then what’s the filmmaker doing here with her camera? It would be unfair to answer this by making reference to press notes, interviews or Google: in the film’s terms, all we have to go on is the following end credit: “The filmmaker would like to thank the Angulo family for sharing their story”.

At the same time, it’s difficult to deny that in a strange way, the methodological dilemma, or mystery, at the heart of The Wolfpack is one of the factors that make it such compelling viewing. This and the genuine likeability of the six brothers who feature here, whose journey from oppression into freedom is figured by Moselle’s structuring of the film as a passage from confinement to release, as first one brother and then the whole pack begin to come and go – no longer held back by the paternal ogre – and explore the world outside. Whether this story arc corresponds to the reality of the Angulo siblings’ experience is a question that is never fully resolved.

Production companies: A Kotva Films production in association with Verisimilitude