‘Tomorrow We Are Free’: Tallinn Review 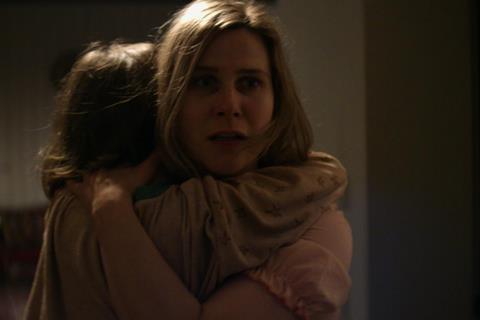 ‘Tomorrow We Are Free’

The inevitable betrayals that come with any form of revolution invariably make for good drama. And Iranian-born, German-based director Hossein Pourseifi captures a particularly chilling and tragic reversal of expectations, and fortunes involving the Islamic Revolution in Iran, in 1979. Pourseifi’s first feature offers a little-regarded perspective on that formative moment in his country’s history. Given its polished production, the affecting family story at the heart of the political turmoil and the enduring topicality of stories from the Middle East, this strong film could attract attention internationally after its Tallinn premiere.

Pourseifi expertly cranks up the tension

Tomorrow… starts in East Germany, in 1979, where Omid (Reza Brojerdi) an Iranian communist, is living in exile with his German wife Beate (Katrin Rover) and their 10-year-old daughter Sarah (Luzie Nadjafi). Omid and his fellow Iranian Communist Front exiles have been actively supporting the widespread resistance to the hated Shah from afar, and watch with growing excitement as the revolution builds to a head, the Shah is removed, and the Ayatollah Khomeini returns to Iran from his own exile to take control of the country.

Buoyed by idealism and an optimism that Iran is about to become a “free and equal society”, Omid naturally wants to return home. Beate, a chemical engineer, needs persuading. But of course, they’re already living in an autocratic state, which impacts on her now when she’s barred from progressing with her dissertation on the grounds that her knowledge of Marxist-Leninism is inadequate. They head for Tehran.

The honeymoon period is touching, as Omid reconnects with his family and becomes editor of the Communist newspaper, Beate and Sarah enjoy their beautiful new home and the attention feasted upon them, and Beate gets a job at a local university. But it quickly becomes clear that the authoritarianism of the Shah is to be replaced by another; that of a ruthless theocracy. New rules on women’s clothing and behaviour are forcefully imposed, pressure mounts on newspapers and universities, the revolutionary militia beat people in the streets. Omid’s a Communist and a journalist, his wife a scientist, so their positions alone make them vulnerable.

The chief point of view in the early period of disenchantment is that of Beate, a strong-willed, independent-minded woman who riles at the imposition of religion on her daughter at school and by Omid’s mother, and is frightened by the violence that she witnesses against women; one female Iranian colleague wryly tells her that “the revolution hasn’t changed the men”. In contrast, the naïve, blinkered Omid and his fellow Communists, who for a time appear to be humoured by the new regime, turn a blind eye to events. They also seem oblivious to the irony that they’ve merely exchanged one form of repression for another – not only within Iran, but by moving from the GDR (where as communists they were at least accepted) to Iran.

The tension is played out domestically, as husband and wife confront each other over the dramatic, disturbing transformation of the country. Omid also clashes with his niece Nadja (Zahra Amir Ebrahimi), who risks her life by joining the demonstrations – mostly by women – against the new laws. When Beate considers leaving, her daughter is denied a visa.

Pourseifi expertly cranks up the tension, using a few well-orchestrated scenes or potent images to illustrate the terrifying new climate, from a violent attack on a university, where a woman is shot in the head while trying to calm the situation, to the imposing image of Khomeini on a building outside the family’s home, staring into their window. Another, scowling Khomeini visage includes the caption, ‘When the devil leaves, the angel returns’, raising the question: which devil?

Katrin Rover offers a sympathetic outsider view as Beate, bristling with maternal anger at what she sees as the indoctrination of her child, boldly chafing against officials, reflecting in her face the horror of the maelstrom on the streets. And Reza Brojerdi pulls off the perhaps more difficult characterisation of a man who is unable to abandon the idealistic hopes of a lifetime and the intimidating legacy of his brother, who died for the revolution. All paths of the narrative point towards the moment when he will have to act.