10 rising French filmmakers and actors to watch for 2023

Ten rising actors and directors from the French film industry have made a name for themselves at festivals and are now heading to screens around the world in 2023.

Unifrance is proud to honour 10 new faces of French cinema, who embody our contemporary cinema through their artistic choices, ambition, audacity and openness to the world. The group has been selected by a panel of international journalists including Rebecca Leffler (Screen International), Fabien Lemercier (Cineuropa), Elsa Keslassy (Variety) and Jordan Mintzer (The Hollywood Reporter).

These talented actors and directors represent a new generation that contributes so much to the effervescence and creativity of French cinema, and Unifrance is looking to enhance the distribution of their films beyond French borders. 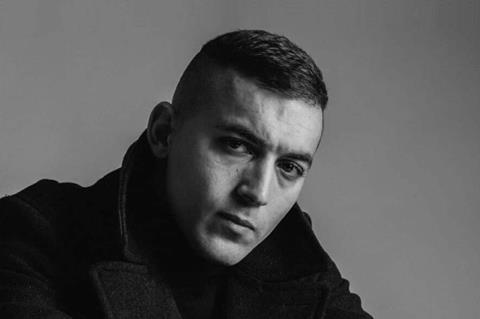 Benssalah started to make a name for himself when he appeared in The Blaze’s music video ‘Territory’ in 2017. He then worked with Mabrouk El Mechri (Nox), Louis Garrel (A Faithful Man), Kery James and Leïla Sy (Street Flow) and Rebecca Zlotowski (TV series Savages). In 2021, Benssalah was seen in Yohan Manca’s My Brothers And I, selected for Un Certain Regard in Cannes, and he secured a role in the James Bond film No Time To Die. In 2022, he appeared in Manuel Schapira’s Tropic Of Violence and in Romain Gavras’s Athena, which premiered at Venice Film Festival. His 2023 releases include Ursula Meier’s The Line, which bowed at the Berlinale in 2022, Jeanne Herry’s Je Verrai Toujours Vos Visages and The Last Queen from Damien Ounouri and Adila Bendimerad. 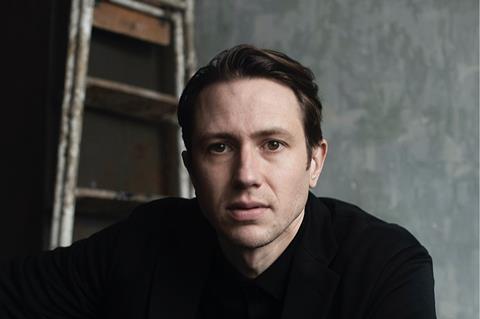 Bouillon began his career in 2009 on TV series RIS, Central Nuit and Boulevard Du Palais. His role in 2011’s Declaration Of War began a collaboration with director Valérie Donzelli that continued with Hand In Hand and Marguerite & Julien, which screened in Competition at Cannes Film Festival in 2015. He also earned a Lumières nomination for most promising actor in 2014 for his role in Julie Lopes-Curval’s High Society. Bouillon has worked with Dominik Moll on several films including 2019’s Only The Animals and The Night Of The 12th, presented in the Cannes Premiere selection of the festival’s 2022 edition. This role has landed Bouillon on the César Academy’s Revelations shortlist, three years after also appearing in the selection for Sébastien Bet­beder’s Up The Mountain. 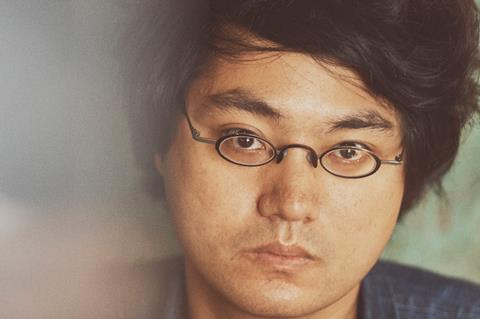 Chou directed his first feature Golden Slumbers in 2011, a documentary about the birth of Cambodian cinema and its brutal destruction by the Khmer Rouge, which was presented at the Berlinale. His feature Diamond Island won the SACD prize at Critics’ Week in Cannes in 2016. In 2022, his feature Return To Seoul was selected for Cannes’ Un Certain Regard before travelling to other major festivals; it will represent Cambodia at the 2023 Oscars. Chou is also pursuing a career as a producer, with co-producing credits including Arthur Harari’s Onoda: 10,000 Nights In The Jungle and work by Cambodian filmmakers including Kavich Neang. 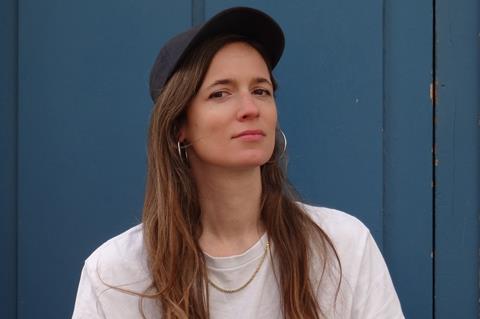 Devaux’s graduation short Life And Death Of The Illustrious Grigori Yefimovich Rasputin won awards at the 2013 Clermont-­Ferrand International Short Film Festival and the Premiers Plans festival. Her second short Sunday Lunch was part of Cannes 2015’s official selection — presented at nearly 40 festivals around the world, it won the César in 2016 for best animated short. Her next title You Will Be Fine won the best short film prize at Venice in 2017. In 2022, Devaux’s debut feature film Everybody Loves Jeanne was presented at Critics’ Week in Cannes before being released in French theatres in September. 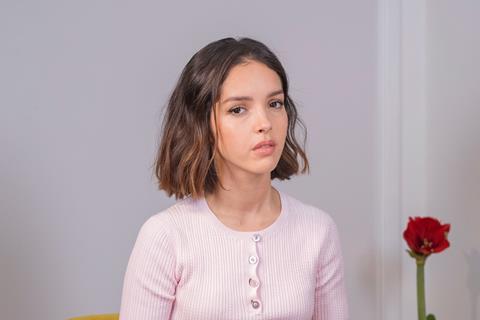 After a remarkable performance in Sofia Djama’s The Blessed in 2017, Khoudri has starred in Mounia Meddour’s Papicha, which earned her the César award in 2020 for most promising actress. Since then she has starred in Rebecca Zlotowski’s Savages, Olivier Nakache and Eric Toledano’s The Specials, Wes Anderson’s The French Dispatch and Fanny Liatard and Jérémy Trouilh’s Gagarine. Khoudri appeared in two titles at last year’s Cannes Film Festival: Cédric Jimenez’s November and Rachid Bouchareb’s Our Brothers. This year Khoudri can be seen in Meddour’s Houria and Bruno Dumont’s The Empire. 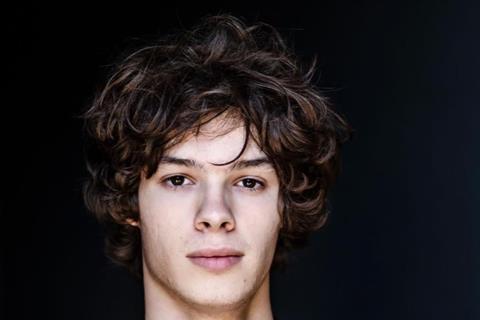 Since his screen debut in 2020, aged 18, in How To Make Out, Kircher has starred opposite Laetitia Dosch and Pierre Deladonchamps in A Little Lesson In Love and taken the lead role in Christophe Honoré’s Winter Boy alongside Juliette Binoche and Vincent Lacoste. For the latter, he was awarded the Silver Shell for best leading performance at last year’s San Sebastian Film Festival, and the best actor prize at the Cinemania French Film Festival in Montreal. He is now among the César Academy’s Revelations selection. In 2023, he will star in Thomas Cailley’s Animal Kingdom alongside Romain Duris and Adele Exarchopoulos. 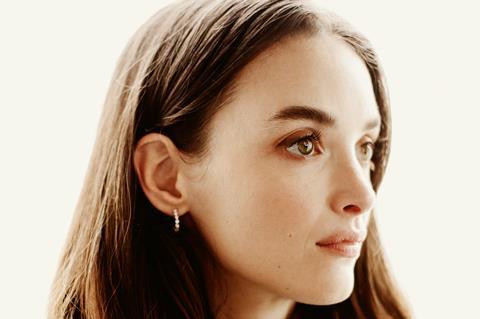 Le Bon grew up in Quebec, Canada before moving to Paris and working with directors including Michel Gondry and Jalil Lespert; collaborators in the US have included Lasse Hallström, Robert Zemeckis and Sean Ellis. As a visual artist, Le Bon explores unusual phenomena through painting, drawing and lithography. A fan of genre cinema, she wrote and directed the short Judith Hotel, which screened at Cannes Film Festival in 2018. In 2022, she wrote and directed her debut feature Falcon Lake, which was selected for Directors’ Fortnight at Cannes and was awarded the Louis-­Delluc prize for best first film. 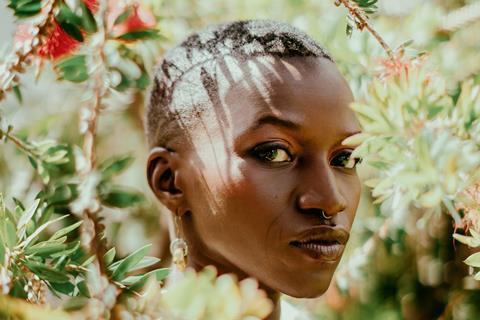 Hailing from a Senegalese background, Lengronne grew up in Martinique before moving to Paris to become an actress. After several stage roles, she appeared for the first time on screen in 2011 in the TV series The Money Shot, followed by roles in prison drama Ombline and Les Kaïra, before playing boxing champion Aya Cissoko in 2014 TV movie Danbé, La Tête Haute. In 2016, Lengronne starred in La Fine Équipe, followed by a 2020 leading role in Working Girls. In 2022, she returned to the small screen in Louis Farge’s Cuisine Interne as well as in cinemas in Léonor Serraille’s feature Mother And Son, presented in Competition at Cannes. 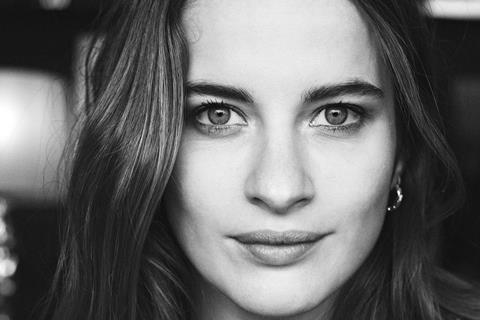 Marder started acting at age five, with early credits in 2010’s The Roundup and 2011 TV movie Emma. In 2018, she starred in A Man In A Hurry and Philippe Faucon’s mini­series Proud, before Suzanne Lindon’s debut feature Spring Blossom (2020) and Arnaud Desplechin’s Deception (2021). Sandrine Kiberlain offered her the lead in A Radiant Girl, which screened in Critics’ Week at Cannes in 2021, and she played Simone Veil, aged 15 to 37, in box-office hit Simone: A Woman Of The Century. After Michel Leclerc’s Not My Type, Marder will be seen in François Ozon’s My Crime, Noémie Lvovsky’s The Great Magic and Sylvain Desclous’s Grand Expectations. 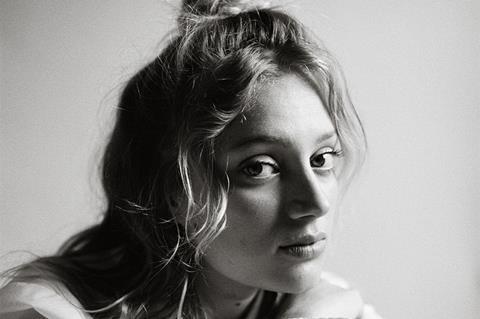 Tereszkiewicz debuted in Dennis Berry’s Wild in 2019 and appeared on the Césars’ Revelations list for most promising actress in Dominik Moll’s Only The Animals. She has also made her mark in television with Thomas Vincent’s Canal+ series Possessions. In 2022, she lit up screens in Monia Chokri’s Babysitter, Fabienne Berthaud’s Tom and Valeria Bruni Tedeschi’s Forever Young, the latter selected to screen in Competition at Cannes. Tereszkiewicz will next be seen in Adila Bendimerad and Damien Ounouri’s The Last Queen, Robin Campillo’s White People and François Ozon’s My Crime. She is now shooting La Rosalie by Stéphanie Di Giusto.