Sundance: partners unite on 'Under The Shadow'

Vertical Entertainment and XYZ Films have partnered for global distribution on the Midnight selection and Farsi-language horror thriller. 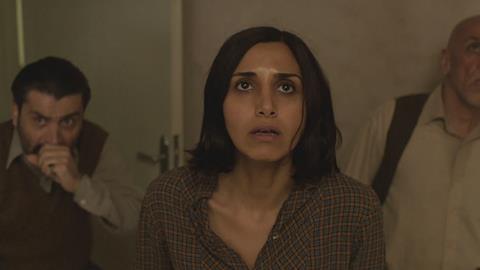 The partners will coordinate a global day-and-date release on digital and VOD platforms, alongside a targeted theatrical release in select territories.

It has emerged that Netflix will release the film worldwide shortly after the theatrical and transactional debut. The release date is still to be announced.

British-Iranian filmmamer Babak Anvari wrote and directed Under The Shadow, about a home haunted by a malevolent djinn spirit. The Midnight entry next screens in Park City on Thursday.

Narges Rashidi, Avin Manshadi and Bobby Naderi star in the story, set in the 1980s during the Iran-Iraq War.