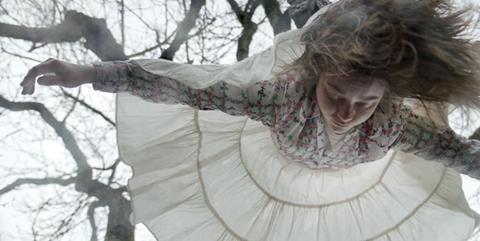 Nature turns on mankind in this dour and glacially-paced cinematic fable by Belgian filmmakers Peter Brosens and Jessica Woodworth, which is constructed as a series of frosty tableaux illustrating the disturbing prophecies of a contemporary Book of Revelation. Its portrait of a Belgian agricultural community that slides into famine and Wicker-Man–tinged savagery when crops fail builds in authority and eerie atmosphere as it progresses.

The Fifth Season should do a prestige arthouse tour in a handful of territories, but its downbeat tone and chilly aestheticism will confine audiences to tough-skinned cineastes.

But The Fifth Season (La Cinquieme Saison), which premiered in competition at Venice, suffers from the same self-conscious artsiness that kept emotion and engagement at arm’s length in Altiplano, the Belgian directing duo’s previous eco-disaster-themed feature. Shots are framed for maximum aesthetic effect, in a way that borrows as much from still photography as the moving kind.

The result is a frustrating film: often haunting, but in the end rather too distant from the community whose sufferings it charts. We’re never allowed to forget that there’s a filmmaker, or rather a pair of filmmakers, standing between us-and-them.

After its festival procession, The Fifth Season should do a prestige arthouse tour in a handful of territories, but its downbeat tone and chilly aestheticism will confine audiences to tough-skinned cineastes.

Spanning four seasons announced via onscreen titles, the film kicks off on in winter on a drolly humorous note, with echoes of Roy Anderson, in a scene (which will be reprised) featuring a hapless farmer and a cockerel that refuses to crow. Gradually, through a sequence of carefully composed, almost dialogue-free scenes, we build up a sense of life in what appears to be a remote Belgian farming village.

Other-worldly Alice (Poirier), the daughter of a dairy farmer, meets gangly shopkeeper’s son Thomas (Schrevens) in a deserted, half-flooded quarry and they exchange chaste kisses. We meet Pol (Louwyck), an itinerant philosopher-beekeeper who lives in a caravan with his wheelchair-bound handicapped son Octave (Vancompernolle), and we observe a midwinter procession involving giant farmer and farmer’s wife mannequins, an ‘Uncle Winter’ straw man and a huge bonfire which – to the dismay of the assembled villagers – fails to light.

It soon becomes clear that nature is out of joint, winter is here to stay, and nothing will grow or bear fruit.  Things go from bad to worse through spring and summer. Trees fall, the rivers are full of dead fish, the army is called in to cart the milk-less cows on Alice’s farm away, and suspicion, aggression and selfishness come to the fore as stocks run low and the villagers begin to starve. But all of this is narrated with a quietude that damps down the usual overwrought tone of the apocalyptic sci-fi movie: in fact, one of the strengths of The Fifth Season is the way it charts a credible decline.

At the same time, though, the filmmakers don’t quite seem to know where to take a story that is more atmosphere than arc – and the Wicker Man echoes of the final twenty minutes seem less original than much of what has come before. Exquisitely shot, and scored by bursts of tone-painting music that ranges from Mozart’s Magic Flute to Bach’s Passion of St John, this is a film with more head and eye than heart and soul.