The Heart Of Bruno Wizard 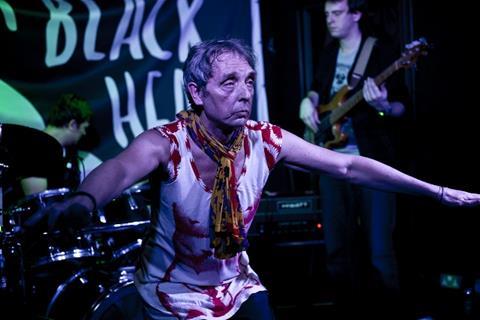 A tangential figure in the British punk scene of the 1970s and the art/fashion scene of the 1980s, the little known self-styled determined outsider Bruno Wizard may well be perhaps a minor figure in the music and art scene, but his life story makes for intriguing stuff in Elisabeth Rasmussen’s engagingly sketched (though rather non-critical) documentary.

While there are nice anecdotes and a real sense of the era the film never offers anything beyond an appreciation of an interesting life.

The film, which had its world premiere at the UK’s East End Film Festival, is a warm-hearted tribute to a gently charismatic figure whose life clearly touched many but who never achieved the fame he was rather half-hearted searching for.

As one interviewee comments: “He was the craziest guy I knew. He had a band called The Homosexuals and was very loud and subversive. He refused the work in the system and did what he wanted to.”

Rasmussen traces Wizard’s move to London to be part of a burgeoning underground music and arts movement, following his movements through the 1970s and ‘80s as he fronted various bands (always down the pay list and never achieving much acclaim) and living at a London squat that was also home to singers and artists such as Marilyn ands Boy George.

The film is never quite clear why Rasmussen wanted to document Bruno Wizard’s life (though clearly they have a close relationship as evidenced with her being the first person he calls when his medical tests come through), and while there are nice anecdotes and a real sense of the era the film never offers anything beyond an appreciation of an interesting life.