'Their Finest Hour and a Half', first image 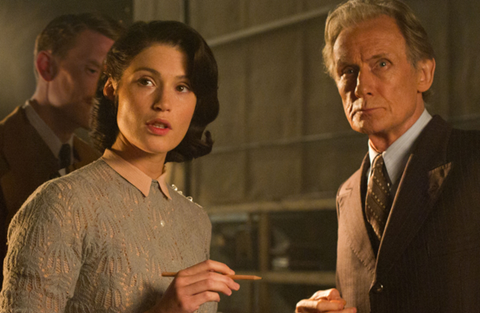 The first image of Gemma Arterton and Bill Nighy in Lone Scherfig’s romantic comedy Their Finest Hour and a Half has been released.

Based on Lissa Evans’s novel of the same name, the screenplay was written by Gaby Chiappe. Filming began in London last week.

Set in the early 1940s, the story centres on a young, female screenwriter working in London under threat of invasion during The Blitz.

The film was developed and financed by BBC Films, Wales Screen and Pinewood Films. Producers are Number 9 Films and Wildgaze Films, led by Stephen Woolley (Carol, Made in Dagenham) and Amanda Posey (Brooklyn, An Education).

International sales are being handled by Hanway Film. The film is set for release by Lionsgate Films in the UK.