The full line-up of world premieres in Toronto’s City to City strand, with details on each title including sales contacts. 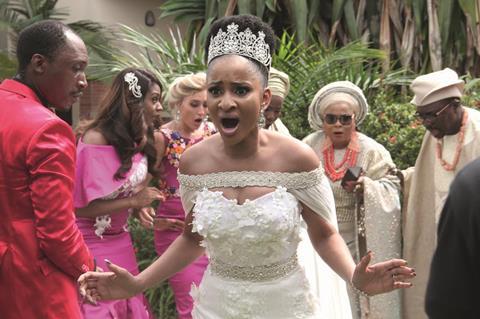 Nigerian stars Ramsey Nouah, Rita Dominic and Chidi Mokeme headline this drama set during the attempted 1976 military coup against the government of General Murtala Mohammed. The narrative is told from two points of view: that of a young pregnant woman and her patriotic soldier husband, who is thought to be involved in the botched coup. Director Ojukwu also interweaves archival footage from 1976. Partners on the film include influential pan-African TV channel Africa Magic.

Bimbo Akintola, Danny Glover and TIFF 2016 Rising Star Somkele Iyamah-Idhalama star in this thriller inspired by the real-life healthcare workers battling the Ebola virus outbreak in 2014. The film, which has partners including the Ford Foundation, will be released in Nigerian cinemas on September 16. Director Gukas studied film in Nigeria and London, and previously worked with Glover on the award-winning 2006 feature Namibia — The Struggle For Liberation.

The young generation in Lagos takes the spotlight in this humorous look at a group of bohemian artists — three young men from different classes — searching for direction in their lives during the months before they begin their university studies. Their coming-of-age journey is shown in an energetic mix of art, music, dance and film-within-a-film, even including a touch of satire about the straight-to-video era of Nollywood. Director Makama’s credits include 2015 documentary Nollywood for Al Jazeera, and Green White Green’s cast includes award-winners Ifeanyi Dike Jr and Bimbo Manuel.

Oboli, who directed the local hit Wives On Strike, returns with another crowd-pleasing premise: a slick ladies’ man bets his friends that he can bed three old flames in six weeks. The title comes from a Nigerian slang term, which suggests that if a man has looked after a girlfriend in the bedroom, he has access to her forever. Oboli — who studied at New York Film Academy — also stars in the film alongside Blossom Chukwujekwu, Ufuoma McDermott, Toyin Aimakhu, Richard Mofe-Damijo and Ken Erics.

City To City’s opening film is backed by Ebony Life, the production company of media mogul Mo Abudu, who is sometimes described as the Oprah of Nigeria. Billed as a “wild romcom”, the film looks at a lavish Lagos wedding that descends into chaos. Debut feature director Adetiba was a radio and TV presenter who studied at New York Film Academy before directing music videos and short films. The cast features Banky Wellington, Adesua Etomi, Richard Mofe-Damijo, Iretiola Doyle, Alibaba Akpobome and Sola Sobowale.