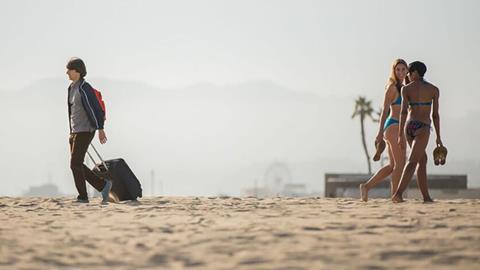 In the US Narrative Feature Competition, the Founders Award for Best Narrative Feature went to Dean (pictured) by Demteri Martin, who receives $20,000, sponsored by AT&T, and the art award Waking Up In The Painted World by Stephen Hannock.

Best actress in a US Narrative Feature Film went to Mackenzie Davis in Always Shine, while Dominic Rains of The Fixer earned the best actor award.

The best cinematography prize went to Michael Ragen for Kicks along with $50,000 in post-production services donated by Company 3. Screenplay honours and $2,500 sponsored by Freixenet Cava were awarded to Ingrid Jungermann for Women Who Kill.

In the International Narrative Feature Competition categories, Udi Aloni’s Junction 48 earned the best international narrative feature prize along with $20,000 sponsored by Netflix, and the art award Temple Of The Moon by Sara VanDerBeek.

In the World Documentary Competition, Craig Atkinson won best feature for Do Not Resist (USA) and $20,000 sponsored by Netflix, as well as the art award Untitled by Virginia Overton.

The 2016 Best New Narrative Director award went to Priscilla Anany for Children Of The Mountain (USA), along with $10,000 sponsored by HBO and the art award The Transit Of Venus (Melanie) by Keith Edmier.

The Nora Ephron Prize went to Rachel Tunnard, director, writer, and editor of UK comedy-drama Adult Life Skills. The award comes with a cash prize of $25,000.

Organisers will announce the winners of the Audience Awards, powered by Infor, on April 23.

Tribeca runs until April 24, when festival top brass will show the award-winning films. For the full list of winners details click here.