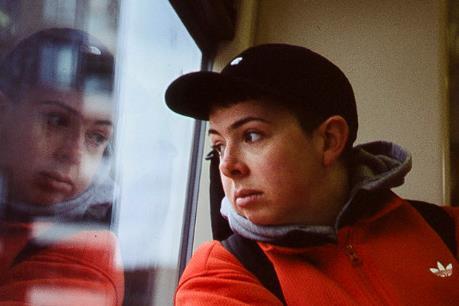 UK director Molly Manning Walker has won the €5,000 Critics’ Weeks Next Step prize for her upcoming first feature How To Have Sex.

In its third edition, the prize is an extension of the Critics’ Week Next Step programme aimed at helping filmmakers whose shorts have previously played in the parallel section to make their debut feature.

The first two winners were Finnish director Mikko Myllylahti with The Woodcutter Story and French director Camille Degeye with Sphinx.

NFTS graduate Walker competed in Cannes Critics’ Week in 2019 with short Good Thanks, You?, which tackled the challenges facing sexual assault victims as they seek justice. Additionally, she has some 30 credits as a cinematographer on short films.

How To Have Sex continues her exploration of sexual violence. It follows three women who head to Mallorca on holiday where they come under peer pressure to lose their virginity in what Walker describes as a “British rite of passage”. The project is being produced by Ivana MacKinnon and Emily Leo at London-based Wild Swim Films.

Since its launch in 2014, the Next Step programme has supported 55 filmmakers from over 20 territories, with recently completed titles including Brazilian director Joao Paulo Miranda’s Memory House and French director Charline Bourgeois-Tacquet whose film Anaïs in Love is playing in Critics’ Week this year as part of its 60th-anniversary celebrations.

Other participants in this year’s Next Step selection included Spain’s Lucía Aleñar Iglesias with Forestera, Portugal’s Duarte Coimbra with The Jacaranda Storm, Canada’s Graham Foy with The Maiden, France’s Naïla Guiguet with Alyson, Azerbaijan’s Teymur Hajiyev with Man In A Blue Sweater, Brazil’s Lillah Halla with Ainda, Belgium’s Jaf and Raf Roosens with Beats Of Love and China’s Qui Yang with Some Rain Must Fall.

The filmmakers all took part in an online workshop in December, replacing a planned on-site four-day writing and development workshop at the Moulin d’Andé-Céci screenwriting centre in Normandy which had to be abandoned due to Covid-19 restrictions.