'Dawn Of The Dead' to be resurrected at Venice Film Festival 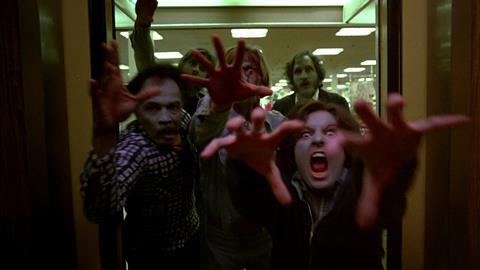 A newly restored version of George A. Romero’s Dawn Of The Dead is to receive its world premiere at Venice Film Festival (Aug 31-Sept 10).

The European cut of the 1978 zombie classsic will be presented in high definition 4K at midnight screen on Sept 2, introduced by Dario Argento (who was the film’s producer) and Nicolas Winding Refn.

The 115-minute version was edited and curated by Argento for the European market with music by Goblin.

The film, which will play in Venice Classics, was restored by Koch Media in collaboration with Norton Trust and Antonello Cuomo.

Dawn of the Dead is the second chapter in the four-part series created by Romero in 1968 with Night of the Living Dead, later followed by Day of the Dead and Land of the Dead.

“I am particularly pleased that Zombi is being re-released after so many years,” said Argento.

“Titanus, the distributor at the time, considered it a very strange film with too much action: the music was too extreme, they thought it would not be well received and I was a little scared myself by this terrible prophecy.

“I didn’t know what to do so I said: ‘Ok, let’s screen the world premiere in Turin, a city I love because that is where I filmed Deep Red; if it doesn’t do well there, we can do away with it.’

“It was a Friday afternoon and I was rather terrified as I went to the theatre; but I remember seeing a lot of people as I walked over from the hotel and thought: so it can’t be going that bad!.. and in fact when I got there it was packed; I went in and thanked everyone for coming.

“The film was being shown after a lengthy series of mishaps in Italy: the censors made me cut out a lot of scenes, and as a result I withdrew it.

“They were asking me to cut far too much; I remember even thinking that the editing would no longer be comprehensible, so I made a series of small cuts, fixed it up a little, and was able to swing an emergency procedure (usually the censors take up to six months to review a film again).

“When the film was finally released it was forbidden to minors under the age of 18 which, in my mind, was fairly serious, because we had conceived it for an audience of young people…

“I have great memories of Zombi because it was so important for my career and for George’s as well.”