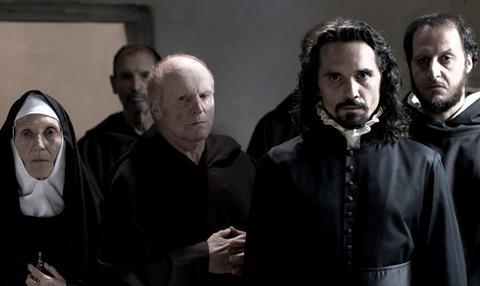 The film is a vampire-themed period drama starring Alba Rohrwacher, who won last year’s Volpi prize for best actress with her performance in Hungry Hearts, as a 17th-century noblewoman who becomes a nun and seduces a young army officer and his twin brother. The film is sold by The Match Factory.

The film, which receives its North American premiere at Toronto tonight (Sept 12), is a hot contender for the upcoming awards season.