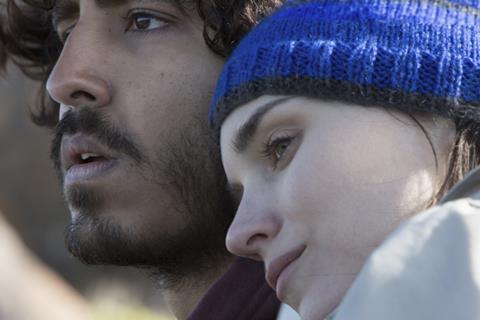 The film will receive its European premiere on Sept 22 at the festival, with director Garth Davis and exec producer Harvey Weinstein expected to attend.

Adapted from Saroo Brierley’s memoir A Long Way Home, the film tells the true story of how a wrong train took a five-year-old Indian boy hundreds of miles from home.

He was placed in an orphanage and eventually adopted by an Australian couple, Sue and John Brierley (played by Kidman and Wenham).

Patel plays the older Saroo, haunted by memories of his childhood, who set out to find his lost family using Google Earth technology.

ZFF director Karl Spoerri said: “The buzz around ‘Lion’ is amazing - which is just what you would expect from a Weinstein Company film expected to play strong through the awards season.

“The masterful storytelling exhibited in this film is a great tone setter for the festival and we’re excited to be hosting the European Premiere.”

The film will receive its world premiere at Toronto International Film Festival in September and Ascot Elite Entertainment Group will release Lion in Switzerland.