What do the Golden Globe results mean for the Oscars?

La La Land has the momentum, but don’t rule out Manchester By The Sea or Moonlight. 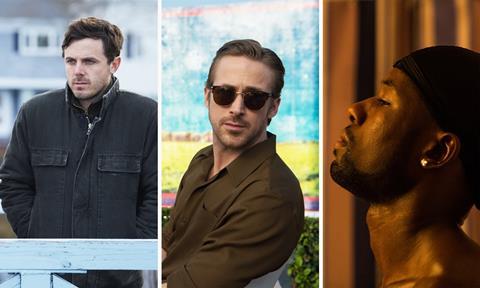 Sunday’s Golden Globes triumph for La La Land proved the perfect awards season staging post for a film that has been gathering pace en route to the Oscars.

While Moonlight and Manchester By The Sea made the early running in the season, they only earned one win each at the 74th anual Golden Globes. Lionsgate’s musical, on the other hand, has been winning hearts and minds and building a head of steam at the box office too.

Now, the Hollywood Foreign Press Association (HFPA), the 90-or-so voting members who bestow the Golden Globes, is a very different beast from the Academy and its 6,000-plus voters. The latter group will not pay too much attention to Sunday’s results, although the emphatic victory for La La Land does reflect a broader love for the film within the industry.

Sensibilities are quite different between the HFPA and Academy. The former can be erratic but don’t be distracted by the musical or comedy categories; it likes to reward measured, serious cinema, particularly where there are international elements.

That said, La La Land, Moonlight and Manchester By The Sea will be the three best picture heavyweights come Oscar night on February 26.

Because the HFPA splits film and lead actor prizes into two categories, the guessing game always becomes which actors will be the Academy’s frontrunners.

We will get a clue when the Academy reveals its nominees on January 24, however it seems likely that the Globes dramatic actress winner Isabelle Huppert will be among the five.

The French star has built momentum in recent months, earning kudos here and there, and she has made a strong case for herself.

Almost certain to join her is Emma Stone, the La La Land star who won the Globe’s musical or comedy award. The Oscars tend to go for more serious acting performances, so Natalie Portman for Jackie and Amy Adams for Arrival would appear to be strong candidates, possibly with Annette Bening sneaking in for 20th Century Women.

However only Stone, Portman and Adams from the above group earned nominations from the Screen Actors Guild (SAG) – a strong bellwether given that so many actors vote for the Oscars.

The SAG list included Emily Blunt for The Girl On The Train (who was not nominated for a Globe) and it would be a stunning upset were she to earn an Oscar nomination at the expense of any of the aforementioned actresses.

Meryl Streep made it on to the SAG list for Florence Foster Jenkins and given her rousing Cecil B DeMille Award acceptance speech on Sunday, Oscar voters may want to give her yet another nod in an extraordinary career just to give her another platform to bash president-elect Donald Trump.

The men’s race boils down to how many Oscar voters have watched Casey Affleck in Manchester By The Sea. It is the most deserving acting performance in years and Affleck should blow away the competition, regardless of whoever else has won awards this season. Ryan Gosling will not be a strong candidate for the Oscar, if he even manages a nomination.

The supporting categories should see a battle royal among the women between Viola Davis for Fences – a Globe winner on Sunday – and Affleck’s co-star Michelle Williams.

Mahershala Ali remains the Oscar frontrunner for Moonlight despite the biggest Globes film upset of the night when Aaron Taylor-Johnson won the category for Nocturnal Animals.

La La Land’s Damien Chazelle enjoyed a terrific night with seven wins for his film and two personally for directing and writing. He will remain a contender and faces stiff competition come Oscar night from Barry Jenkins for Moonlight, Kenneth Lonergan for Manchester By The Sea, possibly Denzel Washington for Fences or Mel Gibson for Hacksaw Ridge.

And don’t rule out Academy favourites Martin Scorsese for Silence and Clint Eastwood for Sully.

Chazelle will face Lonergan in the original screenplay contest, as well as Taylor Sheridan for Hell Or High Water, which has won many admirers, and Noah Oppenheim for Jackie. Moonlight will compete for the adapted screenplay category at the Oscars and will be a favourite alongside Fences and Arrival.

Elle looked strong on Sunday but it is out of the Oscar race as the French submission. Germany’s Toni Erdmann remains the one to beat in that contest.