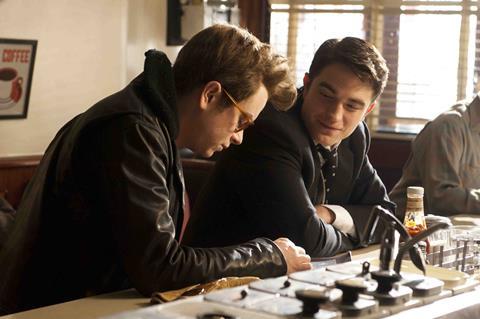 The films form part of the Berlinale Special Galas line-up, which will also include the international premiere of awards contender Selma and the European premiere of Bill Pohland’s Love & Mercy, starring John Cusack

Based on a true story, Woman In Gold is directed by Simon Curtis (My Week With Marilyn) and stars Mirren as Maria Altmann, an octogenarian Jewish refugee, who takes on the government to recover artwork she believes rightfully belongs to her family.

The UK-US co-production, which also stars Ryan Reynolds (Captives) and Daniel Brühl (Rush), is produced by Origin Pictures, BBC Films and The Weinstein Company. [More on the film here]

Anton Corbijn’s anticipated Life will world premiere at Berlin’s Zoo Palast. The film is inspired by the true story of a friendship that developed between Magnum photographer Dennis Stock (Pattinson) and actor James Dean (DeHaan) when Stock was commissioned to photograph the actor for Life magazine in 1955. The assignment took the pair on a journey across the US, from LA to New York and on to Indiana.

The feature is produced by See-Saw Films and First Generation Films, from a script by Luke Davies (Candy). FilmNation is handling international sales.

The film is a partnership between South Africa’s Isango Advantage, the UK’s Film and Music Entertainment (F&ME) and Germany’s Arte/Propeller Film. Support comes from Desmond and Leah Tutu’s Legacy Foundation. [More on the film here]

Dornford May won the Berlinale Golden Bear in 2005 with U-Carmen eKhayelitsha, a modern take on Bizet’s Carmenalso set in South Africa.

Berlinale Special Galas at the Friedrichstadt-Palast