EXCLUSIVE: Multiple territory deals have been closed for Tammy Davis’ film, which will premiere in Berlin’s Generation 14plus strand. 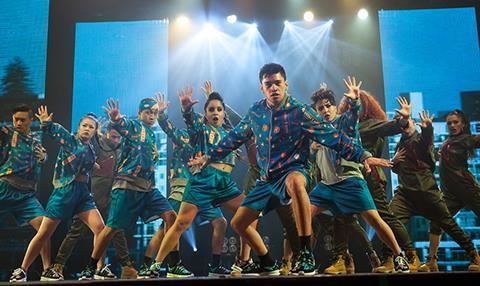 Edward Noeltner’s Cinema Management Group has closed a raft of sales on Born To Dance ahead of its European premiere in Generation 14plus on Saturday led by a US deal with FilmBuff.

Capelight Films will distribute in Germany, Family Films in France, H.G.C. Entertainment in China and Front Row in the Middle East.

Elsewhere, deals on the film, choreographed by Parris Goebel who heads the world champion hip-hop dance crew ReQuest and has masterminded routines for Justin Bieber and Janet Jackson, have closed in South Korea (Thanks And Love), the Philippines (Captive Entertainment), and India (Picture Works).

FilmBuff plans a US theatrical release this spring before an exclusive SVOD run for Born To Dance, which premiered in Toronto last autumn and opened in New Zealand via Vendetta Films.

“We are delighted that both films got off to a great start this fall and have continued to command strong interest from buyers all through the holidays,” said Noeltner.

“Having Born To Dance in this year’s Berlinale Generation 14plus section got a number of distributors off the fence and onboard to release the film. We couldn’t be happier.”