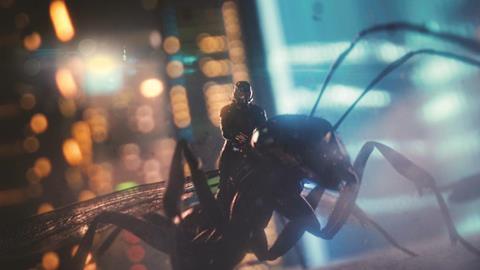 UPDATED: The debut also made Ant-Man the second largest Disney and Marvel three-day opening weekend of all-time in China behind Avengers: Age Of Ultron.

On Sunday Inside Out became the biggest release of the year-to-date in Italy as an estimated $1.4m propelled the running total to $27.3m. The film added $6.3m from 22 overall to reach $476.7m.

The drama help on to number one in its third weekend in Australia where $2.2m elevated the running total to $12.7m.

Fox released Suffragette in the UK on behalf of Pathe and the film opened in second place on $4.5m from 525 locations.

China’s number one film Goodbye Mr Loser held on to its top berth and grossed $22m. The comedy stands at $184m.

The top score came from a $2.6m number two debut in Russia, followed by a $1.1m number two result in Spain.

Universal and Illumination Entertainment’s Minions has reached $818.6m and completed its 30-day run in China where it amassed $69.8m.