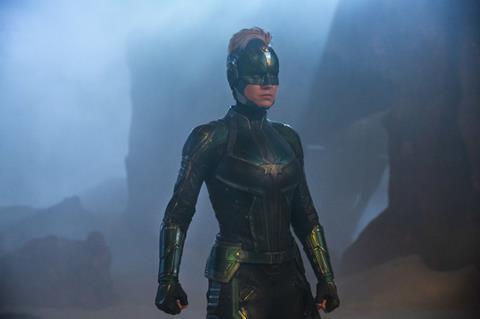 Captain Marvel crossed $800m worldwide on Wednesday (20) after the tentpole began the day on $797m at the global box office.

By the end of Tuesday the Marvel Studios film starring Brie Larson stood at $519.3m internationally and had overtaken X-Men: Days Of Future Past ($514m) to rank 14th in the all-time pantheon.

It is the 18th highest release at the global box office after it overtook Deadpool on $783m and Deadpool 2 on $785m. The North American running total has reached $277.6m.