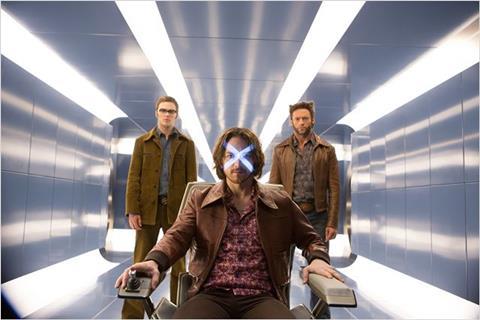 The global haul beat by more than $350m the previous $5.17bn industry mark set by Paramount in 2011. Local language titles played their part, grossing more than $170m. The North American tally came to $1.79bn for a new Fox record.

“This was a remarkable year for our studio, thanks to the talent of our filmmakers and our teams’ incredible work ethic, devotion and spirit,” the co-presidents said in a joint statement. “We are all very proud of this success and look forward to an even brighter 2015 and beyond.”

The $3.73bn international tally exceeded the previous $3.21bn industry mark set by Paramount in its 2011 banner year by more than $500m and marks the fourth time in the last six years that studio has led the rankings.

Thirteen international releases crossed the $100m mark and apart from the aforementioned pair of $500m-plus titles, two passed the $300m mark: Dreamworks Animation’s How To Train Your Dragon 2 ($355m) and Rio 2 ($368.7m)

The Maze Runner finished on more than $238.2m and a further four are projected to cross $200m,, albeit in 2015. They are: Gone Girl, Dreamworks Animation’s Penguins Of Madagascar, Exodus: Gods And Kings and Night At The Museum: Secret Of The Tomb.

Besides the $200m-plus performances of X-Men: Days Of Future Past and Dawn Of The Planet Of The Apes, eight North American releases passed $100m including Gone Girl, The Maze Runner, Rio 2, The Fault In Our Stars, How To Train Your Dragon 2 and Mr. Peabody & Sherman.