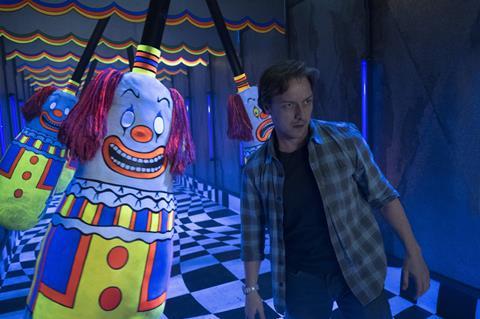 Warner Bros’ It: Chapter Two grossed the second highest global launch for a horror film on a confirmed $185.1m over the weekend, placing behind the 2017 original on $189.7m.

By region, It: Chapter Two delivered the biggest Warner Bros opening weekend in 2019 in Europe and Latin America, and surpassed the launch of It by 8% in Asia.

Sony Pictures Releasing International brass reported that Quentin Tarantino’s Once Upon A Time… In Hollywood grossed $13.5m to reach $175.3m, and $310.6m at the global box office.

Disney’s The Lion King is up to $1.599bn globally and ranks as the seventh highest release of all time at the international ($1.069bn) and global box office.

Toy Story 4 has grossed $1.053bn worldwide and is the fifth highest animated release at the box office. It has amassed $621.5m internationally.