Universal’s annus mirabilis showed little sign of slowing down on Friday as studio brass said the dinosaur adventure added an estimated $41.6m from 45 international markets on Thursday to reach $65.5m. 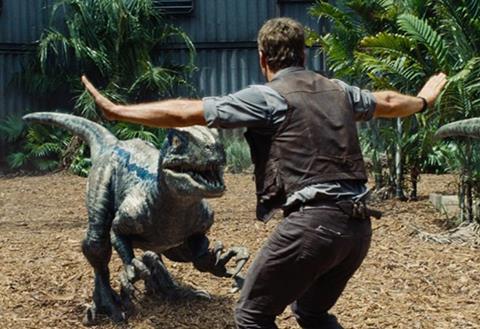 Jurassic World ventured into 37 additional markets on Thursday and by the end of the day was active in 13,551 theatres, ranking number one in all 45 markets.

China led the box office with $12.7m from the second day as the running total climbed to a mighty $29.9m.

The adventure starring Chris Pratt, Bryce Dallas Howard and Irrfan Khan opened in Russia on $2.4m from 1,204 sites and arrived in South Korea on $2.2m from 351 in the studio’s second best opening day behind Les Misérables.

Australia delivered $2.1m from 268 for another second best result in Universal history behind Fast & Furious 7, while Germany generated $1.8m from 714.

Jurassic World opens in a further 21 markets today including the UK.