SEPTEMBER 22 UPDATE: The Maze Runner vaulted to the top of the international charts as Fox International declared an confirmed $38m haul from 51 markets, scoring number one in 47. 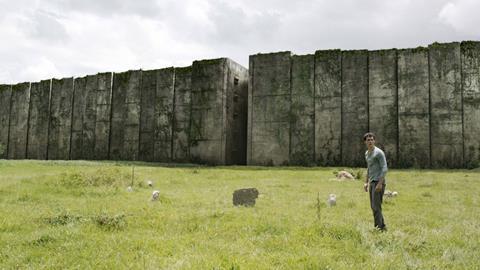 The YA thriller opened last weekend and stands at a highly promising $50.7m internationally and $83.2m worldwide factoring in the number one North American debut.

In other notable results the film delivered $3.4m from 310 in Australia and $2m from 344 in Brazil, exceeding the comparable holidays launches of Divergent.

There are 27 markets to go including nine of the top 15. Fox International has scheduled 14 debuts this week. The Maze Runner is active on 119 Imax screens and stands at $1.8m, which the large screen specialist cited as a record September launch for a 2D title.

Dawn Of The Planet Of The Apes crossed $100m in China as $3.6m boosted a standout performance to $102.9m and counting. The action sequel arrived in the final market of Japan and produced pole position for all Hollywood films in the market on $3.7m from 712. Overall Dawn grossed $8.3m from 16 markets to reach $478.2m and $685.5m worldwide.

DreamWorks Animation’s How To Train Your Dragon 2 has reached $436.9m internationally and has generated a global haul of $601m.

The rich vein of form at Fox International Productions shows little sign of abating. Spanish co-production El Nino grossed $1.6m from 375 in Spain to reach $15.9m overall, while Finding Fanny earned $574,000 from 556 in India for $6.2m and $7.1m overall. Doktorspiele and Guten Tag, Ramon stand at $6.3m in Germany and $4.5m in Mexico, respectively.

The Scarlett Johansson thriller opened in second place in Argentina on $465,000 from 110 sites for Luc Besson’s best score to date and added $3.9m in Russia for $16.5m after two weekends. The UK has generated $21.4m after five.

Laika’s The Boxtrolls, which Universal is distributing internationally, grossed $4.2m in 11 territories for an early $11.1m.

Legendary’s horror film As Above, So Below grossed $2.8m from 40 for $12.5m and there are nine territories to go.

The Purge: Anarchy has reached $36.2m, while Lone Scherfig’s recent Toronto world premiere The Riot Club opened in the UK on $805,000 from 378 at number five and Boyhood has climbed to $12.8m.

UPDATE: Teenage Mutant Ninja Turtles delivered $7.1m from 49 territories for $148.2m and scored a number one debut in Italy on $2.2m from 387 sites. Australia has produced $8.9m after two.

SudioCanal’s Liam Neeson thriller Non-Stop added $7m for $95m. Neeson is also in action in the number two North American film A Walk Among The Tombstones and the mystery-thriller amassed approximately $5m through licensees. Bloom oversees international distribution. The Expendables 3 added a further $4.3m through Nu Image licensees and stands at $156m.

Relatos Salvajes has become the studio’s number one and the industry’s number all-time three release in Argentina. The film ranks number one for a fifth straight weekend in Argentina as $961,000 from 230 screens resulted in $12.3m.

After debuting in at number one in Turkey last weekend, Dabbe : Zehr-I Cin maintained the top spot and climbed by $452,000 from 285 screens to $1.5m. J Plan and Taff Pictures produced the film.

Marvel Studios’ Guardians Of The Galaxy has now crossed the international lifetime total of Iron Man 2 on $312m in light of a $5.2m weekend from 38 territories that boosted the running total to $318.6m.