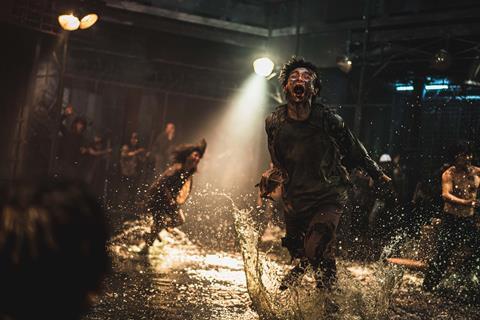 South Korean zombie apocalypse thriller Peninsula has opened top of the box office in South Korea, Singapore and Taiwan in a string of records.

Yeon Sang-ho’s follow-up to Train To Busan and Cannes 2020 Official Selection opened in South Korea on $2.4m through NEW, drawing 352,926 admissions for the highest launch day of what has been a severely impacted year due to the Covid-19 pandemic.

Train To Busan generated $82m and 11.5m admissions when it opened four years ago. While that number will be hard to match in the current climate, Peninsula’s debuts are nonetheless highly impressive given that social distancing protocols are in place in cinemas.

Similarly encouraging for the thriller produced by Redpeter Films were opening day results from Singapore and Taiwan.

The former delivered SGD147,000 and 15,232 admissions via Clover Films for the all-time highest debut for a South Korean film.

Peninsula’s opening day in Taiwan through Movie Cloud generated $799,000 and 94,090 ticket sales for 75.6% market share out of 88 films, surpassing the opening day result of Train To Busan. The 2016 original finished on approximately $11m.

Peninsula centres on a soldier (Gang Dong-won) who flees South Korea with his family after it is engulfed by the outbreak and takes a boat to Hong Kong. Four years later he returns to the peninsula with his brother-in-law (Kim Do-yoon) to find a truck loaded with cash.

The film is set to open in Malaysia on Friday. Well Go USA holds US rights and has set an August release.