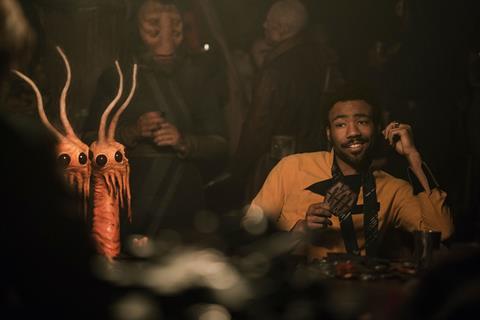 MAY 29 UPDATE: Lucasfilm’s Solo: A Star Wars Story stumbled on a confirmed $84.8m over three days rising to a $103m over four in what ranks as the seventh highest four-day Memorial Weekend bow and falls well below early studio estimates.

Disney executives reminded reporters over the weekend that the four-day projection equated to the highest Memorial Day debut in four years, however this will be scant consolation for a spin-off saga that was initially projected to earn between $130m and $150m.

As the inquest into why the sci-fi fell so short of expectations begins at Burbank headquarters, the studio finds itself in the unusual position of lacking strong international results to bolster the overall performance. Based on Sunday estimates that the studio will update on Tuesday, Solo managed a lowly $65m from 54 territories including China.