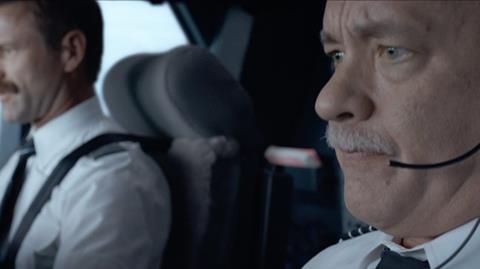 Far behind in second place on $9.6m from 3,121 theatres was new horror arrival Blair Witch, fresh from its recent world premiere in Toronto.

Adam Wingard directed the film, which reportedly cost $5m and will need several more weeks in the top ten if it is to stand a chance of breaking even.

This could be a struggle given a 37% ‘freshness’ rating on Rotten Tomatoes, the reviews aggregator that has become a critical metric for studio executives. The film’s 1999 predecessor remains one of the most profitable films of all time.

Bridget Jones’s Baby did not fare much better. The film, which reportedly cost $35m to produce, opened in third place on $8.6m from 2,927 sites, roughly two-thirds of the 2004 debut of Bridget Jones: The Edge Of Reason when adjusted for inflation.

Renée Zellweger stars alongside Colin Firth and Patrick Dempsey – Hugh Grant opted out for this episode as the incorrigible Daniel Cleaver – and executives must hope the new film’s strong 78% freshness rating will spark strong world of mouth in the weeks to come.

It was a decent launch considering the tricky subject matter. Producer-financier Endgame Entertainment partnered with Open Road on the November 2014 acquisition as well as P&A costs.

Ron Howard’s documentary The Beatles: Eight Days A Week – The Touring Years has grossed $622,410 since it opened theatrically on September 15 via Abramorama.