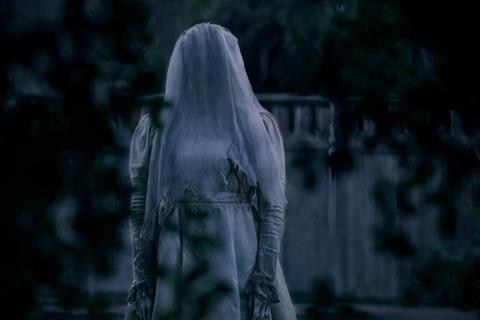 The Curse Of La Llorona

APRIL 22 UPDATE: New Line horror The Curse Of La Llorona opened top of North American box office via Warner Bros on a confirmed $26.3m as all the releases combined for the worst Easter box office performance in 14 years.

Even though the latest film to emerge from The Conjuring Universe surpassed expectations and Captain Marvel became the seventh Marvel Cinematic Universe film to cross $400m, there was no getting away from the limp overall display.

Box office grossed $108.5m, down 2.3% on last weekend and down 21% on the Easter session in 2018, when Ready Player One dominated the North American box office. The last time overall weekend box office dipped below $108.4m was back in 2005, when the Ashton Kutcher and Bernie Mac comedy remake Guess Who ruled the roost.

Were it not for this week’s new release, the US trade press would be sharpening their knives and preparing to deliver the usual jeremiads that follow a low box office session. However the arrival of Avengers: Endgame will offer a timely course correction and set Hollywood on track for another mighty year.

The Curse Of Llarona usurped its New Line and Warner Bros stablemate Shazam!, booting the superhero adaptation into second place where it sits on $120.4m after three sessions. Opening in third place through Fox on a solid $11.3m in 2,824 venues was the $14m faith-based drama Breakthrough starring Josh Lucas, Chrissy Metz, and Topher Grace. After five days the opening weekend gross stands at $14.8m.

Another product of the independent space, the YA adaptation After, languishes at number 11 in its second weekend following a 60.3% slide and a drop of three slots. It earned $2.4m for $10.3m through Aviron and again, while not a particularly expensive film at a reported $14m, its North American performance is below expectations, although Voltage Pictures licensees are carrying the load internationally.

In the specialty arena, IFC Films opened the spy drama Red Joan starring Judi Dench at number 42 on $40,631 in four venues, while A24 did well as it launched last year’s Cannes premiere and mystery Under The Silver Lake starring Andrew Garfield at number 47 on $35,270 from two. Opening at number 53 through Magnolia Pictures was the Sundance documentary Hail Satan! on $26,496 in three sites.