Zootopia has reached $320.2m via Walt Disney Studios Motion Pictures International as studio executives aim to capitalise on debuts in Australia and Brazil. 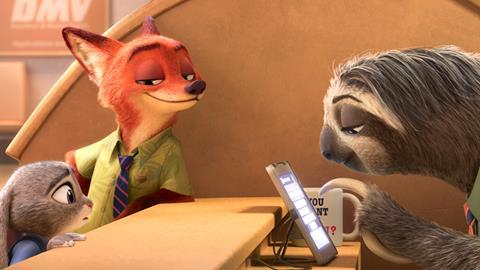 As of Friday the family hit stood at $479.4m worldwide. It should soar past the half-billion mark and approach $400m internationally on the back of two major debuts and strong holds.

After a restrained early roll-out, the animation stands at $223.8m internationally including approximately $146m from China through Oriental Dreamworks.

Lionsgate International’s The Divergent Series: Allegiant took $25.3m in last weekend’s opening session and there should be plenty more to come with Mexico, Germany, and Denmark opening this weekend. Gods Of Egypt stands at more than $81.1m.

The Gerard Butler starrer arrived in South Korea last weekend via Woo Sung on $1.9m, Mexico last weekend on $1.3m through Sun, and Germany last on $1.2m through Telepool.

The Brothers Grimsby stands at $14m of which $12.1m comes from Sony Pictures Releasing International markets and $1.9m from Village Roadshow licensees. The Lady In The Van has notched up $25.1m

Warner Bros Pictures International’s comedy How to Be Single stands at $47.3m and the next key market is Germany on April 7.