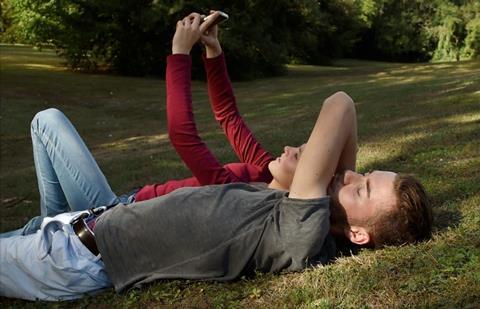 France’s Association for the Diffusion of Independent Cinema (ACID) has unveiled the line-up for its 23rd Cannes showcase, running May 12-21.

The initiative aimed at giving greater visibility to up and coming, indie filmmakers will screen nine works, including three first features and seven world premieres. Six of the features are yet to secure a distributor.

The showcase includes fiction and documentary features selected by filmmakers and members of ACID, many of whose films were programmed at Cannes by ACID in 2015.

Features include Le Parc by Damien Manivel, who previously won a Special Mention at the 2014 Locarno Film Festival for his debut feature A Young Poet, and Isola by Fabianny Deschamps, whose debut New Territories featured at ACID Cannes 2014,

The ACID programme at Cannes was created in 1993 to give visibility to directors whose work is scarcely distributed, in order to facilitate a theatrical release.

Isola by Fabianny Deschamps
A young pregnant Chinese woman tirelessly seeks the face of her husband among the daily arriving migrants.

La Jeune Fille Sans Mains by Sébastien Laudenbach
Animated adaptation of the Grimm brother’s fairytale about a girl whose hands are cut off by the devil.

Madame B, Histoire D’Une Nord-Coreenne by Jero Yun
French-Korean documentary about smuggler Madame B, who goes to South Korea to find her sons and is suspected of being a spy by intelligence services.

Le Parc by Damien Manivel
A pair of nervous teenagers meet for their first date in a park in summer.

Sac La Mort by Emmanuel Parraud
Mystical drama about a Creole man who must avenge the death of his brother on the day he is evicted from his home.

Tombé Du Ciel by Wissam Charaf
Debut feature about the reunion of two brothers after twenty years of separation.

Le Voyage Au Groenland by Sébastien Betbeder
A pair of thirty-something Parisian actors discover the joys of friendship, community and tradition when they fly to Kullorsuaq, in remote Greenland.

Willy 1er by Ludovic and Zoran Boukherma, Marielle Gautier and Hugo P. Thomas
A 50-year old man moves out of his parent’s house for the first time after the death of his twin brother.