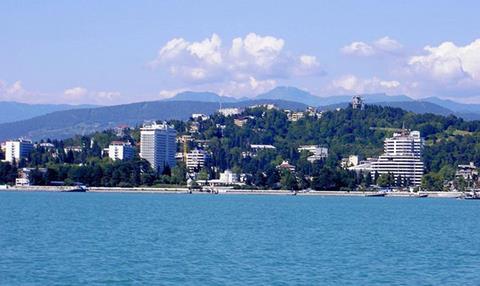 Russia is to host the first ever Sochi International Film Festival (SIFF) – an annual event taking place in the Olympic sea resort of Sochi in the Russian Federation, and set to run Dec 10-16, 2016. The new event was announced in Cannes by Russian cinema promoter Roskino.

Designed with the ambition of creating a wide British and international audience for Russian film, and vice-versa; the festival is dedicated to showcasing and celebrating the rich filmmaking talent found both in Russia and abroad, and to providing a platform for the sharing of knowledge between peers united together to harness film as a force for good.

Filmmaker, poet, screenwriter, and academic Lubov Balagova has been announced as President of SIFF; with Mohy Quandour, the director, producer, and National Writer of the Russian Federation, leading the jury.

Roskino CEO Katya Mtsitouridze said of the festival: “We are excited to be presenting a new Sochi film festival in the Russian pavilion. Sochi is a dynamically developing region of Russia, which became very popular after the Olympic Games.

“Sochi already has another festival Kinotavr, which has a strong reputation in the Russian cinema. And we hope that another event with an international slant takes its place and becomes successful”

SIFF president Lubov Balagova added: “The power of film to bring people together is unparalleled, and we hope that SIFF will harness this gift to unite filmmakers from across the globe – encouraging collaboration, understanding, and exchange.”

The festival will also allow filmmakers, screenwriters, actors, editors, composers to receive recognition across various judging categories and awards. Filmmakers from around the world are encouraged to submit for the ‘IRIDA Award’: the festival’s most significant prize.

The winner of this award will qualify to partake in the “Russian Film Week” at the 2017 Raindance Film Festival in London.

The inaugural 2016 edition will feature seminars and workshops held with leading British film directors, actors and producers, hosted both within the framework of SIFF in Sochi as well as in other Russian cities. Russian filmmakers will also make the journey over to London and other UK cities in December to participate in seminars and masterclasses of their own.