Other Angle Pictures takes on the '#TheJews' 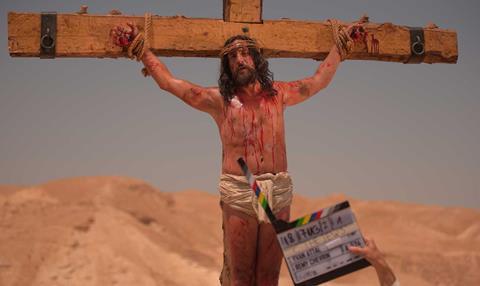 The film – produced by Oscar-winning producer Thomas Langmann (The Artist) - was born out of Israeli-French actor and director Attal’s personal sense of persecution and a growing antisemitism amid reactions from his friends and family that he was over-reacting.

“Yvan tackles several clichés surrounding the Jews from ‘They’re everywhere’, to ‘They killed Jesus Christ’ in a series of sketches – each of them tragi-comic in tone,” explains Other Angle chief Olivier Albou.

“Obviously, it’s controversial topic but it’s also a timely one,” said Albou of the film which is due to released in France on June 1 by Wild Bunch Distribution.

Other upcoming titles on Other Angle’s Cannes slate include Don’t Tell Her, about three friends who decide not to one of a fourth best-friend that her future husband had an affair with a man.

It is a first production for Other Angle, which has focused on sales until now, alongside Diana Elbaum at Brussels-based Entre Chien et Loup with the backing of Orange Studio.

Other upcoming titles on Other Angle’s Cannes slate include feel-good drama The African Doctor, about a brilliant Congolese doctor hired for a post in a small northern town in the 1970s where the inhabitants have never seen a black person before.