The German powerhouse is having another crack at part of Cassandra Clare’s bestselling series The Mortal Instruments and will launch sales in October on the drama series Shadowhunters. 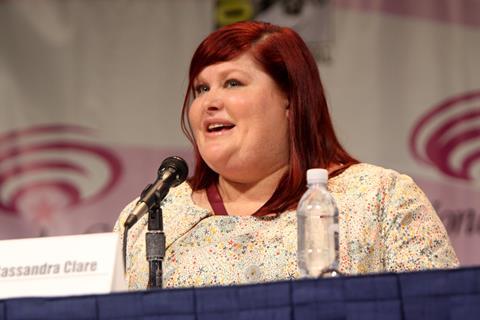 Constantin was involved in the 2013 adaptation of The Mortal Instruments: City Of Bones, inspired by Clare’s (pictured) books. That film opened in 2013 and performed well below expectations on $31.2m in the US via Sony, faring slightly better internationally where $59.4m through Mister Smith distributors boosted the global haul to $90.6m.

The German company has set a Shadowhunters buyers screening on October 6. The move comes as Constantin branches out into US drama, with Los Angeles-based advisor Gary Marenzi handling international sales.

McG, Ed Decter and Robert Kulzer serve as executive producers on the story of a young woman who discovers she belongs to an elite order of humans with angelic blood tasked with defending humanity from demons.

Shadowhunters will premiere in the US on ABC Family in early 2016 as part of an initial 13-episode order and stars Katherine McNamara, Dominic Sherwood, Alberto Rosende, Matthew Daddario, Emeraude Toubia, Isaiah Mustafa and Harry Shum Jr.

“We have nurtured the development of Shadowhunters for premium broadcasters all over the world, and we are pleased to bring this exciting fantasy saga to the international marketplace,” said Constantin CEO Martin Moszkowicz.

MIPCOM is scheduled for October 5-8 in Cannes.