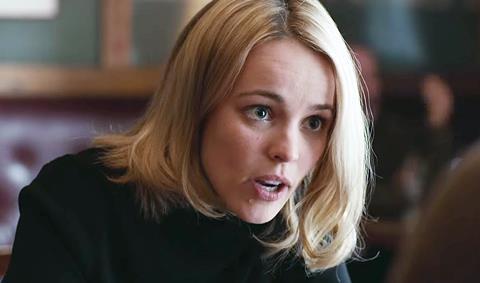 Spotlight star Rachel McAdams and Oscar-winner Rachel Weisz (The Constant Gardener) will star in the romantic-drama based on Naomi Alderman’s novel about the estranged daughter of a rabbi who returns from New York to the Orthodox Jewish neighbourhood she grew up in North London, following her father’s death. However, her arrival causes significant upheaval in the quiet community.

Principal photography begins January 3, 2017. UK financier Film4, who have been involved in the film’s development from its early stages, are co-financing with FilmNation, and FilmNation will kick off international sales at the upcoming AFM.

“Ever since we saw Gloria we’ve wanted to work with Sebastian. Disobedience is the perfect project for his first English-language film and we’ve loved developing it with him, Rachel Weisz and Rebecca Lenkiewicz. We’re thrilled that FilmNation are co-financing with us, and to be collaborating on the film with producers Frida Torresblanco, Ed Guiney and Rachel Weisz,” said Film4 Head of Creative Rose Garnett.

“In Sebastian Lelio’s Gloria, he crafted one of the most complex and lovable female characters in ages. In this new powerful story in Disobedience he gets to work with two amazing, female characters and actresses which we know will result in an incredibly powerful and distinctive film. We are proud to partner with our friends at Film4, Braven Films and Element Pictures on another terrific film,” said FilmNation Entertainment Head of International Sales Tara Erer.

Glen Basner’s blue-chip sales and production unit FilmNation heads to the AFM with a typically prestige slate including Disobedience and Emma Thompson drama The Children Act.