Buena Vista International will distribute Lionsgate titles in the territory and the rest of the CIS starting with Sicario. 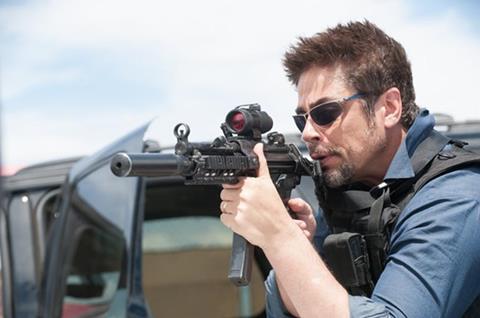 The drug cartel thriller (pictured) from Denis Villeneuve will launch in autumn.

The deal does not affect the output arrangement between Lionsgate’s Summit Entertainment label and Central Partnership for Russia and the CIS.

“This new output agreement reflects our commitment to Russia and our continued emergence as a creative force in the global marketplace.”

Lionsgate previously teamed with BVI on Summit Entertainment films such as the Japanese release of Red and the Step Up franchise and the Spanish and Japanese releases of Source Code and Tree Of Life.

Most recently, both companies announced the release in Russia on November 19 of The Hunger Games: Mockingjay – Part 2.

Lionsgate’s output network includes agreements with StudioCanal in Germany, Nordisk in Scandinavia, Metropolitan in France, Leone Film Group in Italy, Belga Films in Benelux, eOne in Spain and Canada and Roadshow Films in Australia as well as a joint venture distribution partnership with IDC in Latin America.