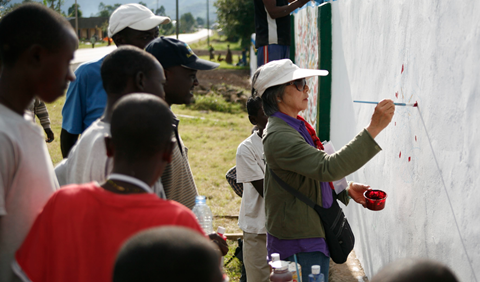 The film will open in New York on December 5 at the IFC Film Center and in Los Angeles on December 18 prior to expanding to select markets.

The Barefoot Artist chronicles the community-based work of the Philadelphia-based artist and a return trip to China, where she reconnects with her roots and reveals the motivating force behind her work.n