Screen profiles some of the hottest projects from Asia and the Middle East in 2018. 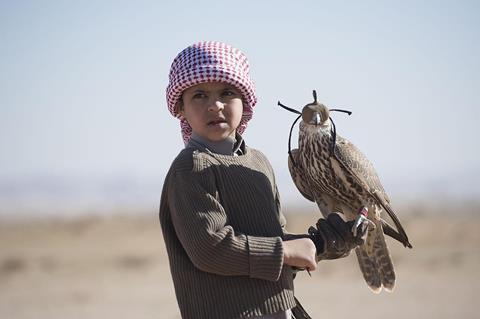 Dir: Andrew Lancaster
As Saudi Arabia lifts its 35-year ban on public cinemas in early 2018, this meditation on the cycle of life in reverse, from death to life, is set to screen at home and internationally. Inspired by a form of pre-Islamic poetry called qasida, the film was shot in 16 diverse locations in the desert kingdom. Abdullah Al-Eyaf produces with Saudi-born US producer Todd Nims for the King Abdulaziz Center for World Culture, which has been quietly nurturing a Saudi cinema scene over the last two years, in association with the UK’s The Edge Picture Company. Contact: Peter Trinh, ICM Partners

Dir: Gaya Jiji
Syrian filmmaker Jiji’s feature debut stars France’s Manal Issa as a woman living a humdrum life, who embarks on a voyage of self-discovery through her friendship with a local brothel madam in Damascus. Jiji has developed the film over a five-year period. Laurent Lavolé of Paris-based Gloria Films is lead producing with France-based David Hurst at Dublin Films and Eiji Yamazaki at Les Films de la Capitaine on board as co-producers. Contact: Delphyne Besse, Urban Distribution International

Dir: Mohamed Ben Attia
Tunisian director Ben Attia (Hedi) returns with the tale of a devoted father who travels to Turkey in search of his son, who has left home to join Isis in Syria. Dora Bouchoucha is lead producing under her Tunis-based Nomadis Images banner with Jean-Pierre and Luc Dardenne on board as co-producers with their Liege-based Les Films du Fleuve. Contact: Fiorella Moretti, Luxbox Films

Dir: Bi Gan
After his acclaimed debut feature Kaili Blues, Bi turns to the mysteries of a troubled life in his second film, which follows a man who returns to his hometown after having committed a still-unpunished murder 12 years prior. The film noir stars Tang Wei, Sylvia Chang and Chen Yongzhong. Kaili Blues won best emerging director at Locarno and best new director at the Golden Horse Awards. Contact: Eva Diederix, Wild Bunch

The Man From The Sea

Dir: Koji Fukada
Harmonium director Fukada’s latest is about a Japanese woman working in Indonesia on a disaster-recovery mission who rescues a mysterious man found on the beach. The director’s first film shot outside Japan, this is set in Banda Aceh, the Indonesian city hit severely by the 2004 tsunami. Harmonium won Cannes’ Un Certain Regard jury prize in 2016. Contact: Nikkatsu 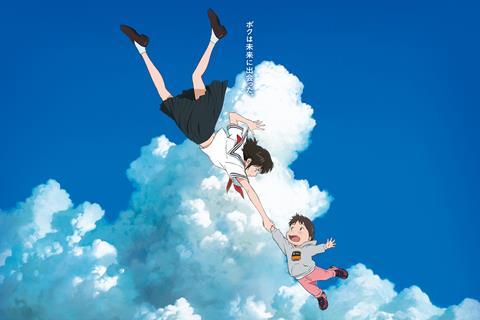 Dir: Mamoru Hosoda
A four-year-old boy, who feels abandoned by his parents with the arrival of a little sister, finds solace in a magical garden allowing him to travel in time, where he meets his mother as a small girl and his sister as an older child. Hosoda also produces this animation under his Studio Chizu banner with backing from Nippon Television Network. The director’s last film, Toronto 2015 selection The Boy And The Beast, grossed $49m at home and expectations for Mirai are running high. Toho releases in Japan in July. Contact: Carole Baraton, Charades

Season Of The Devil

Dir: Lav Diaz
Filipino director Diaz’s first film since Venice 2016 Golden Lion winner The Woman Who Left is a rock opera-cum-love story set in the late 1970s at the height of Ferdinand Marcos’s dictatorship. Filmed in black and white with a running time under four hours (short by Diaz’s standard), Season Of The Devil is shot in the Malaysian jungles and villages. Piolo Pascual from Diaz’s Alfred Bauer prize-winner A Lullaby To The Sorrowful Mystery leads the cast along with Shaina Magdayao. Contact: Films Boutique

Dir: Zhang Yimou
Auteur Zhang is back with a Chinese-language martial arts period drama set in the Three Kingdoms about a king who leads his displaced people out of exile. The Chinese cast includes Deng Chao, Sun Li and Zheng Kai. Zhang’s last two films were English-language US-China co-production The Great Wall and Coming Home, which premiered out of competition in Cannes. Contact: Bloom