It was the worst performance in five years for locally produced films in the first nine months of the year. 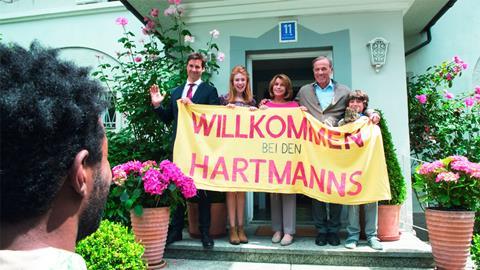 At the beginning of the year, Germany’s distributors and exhibitors anticipated two major sporting events - the Euro 2016 football championships and the Rio Olympics - might pose the greatest challenge for cinema attendance, and pushed most of their big releases out of the way accordingly (Fox’s Ice Age: Collision Course was the one notable, and successful, exception). But they had not reckoned with a particularly warm summer that lasted until the beginning of October.

By the end of the third quarter, admissions were down 13.3% and box-office takings had slipped 10.9% year-on-year. The fall has been attributed to a cannibalisation of audiences due to the bunched release dates and poorly reviewed films such as Ben-Hur, as well as the warm weather.

The five highest-grossing films of the year so far have taken far less than the top films of last year in the same time period. For example, the second biggest film of the year so far, Illumination Entertainment’s The Secret Life Of Pets, garnered 3.8 million admissions, while Illumination’s 2015 title, Minions, secured 7 million admissions and was only the fourth highest grossing of last year. The titles that opened from late summer onwards, including Ghostbusters, Ben-Hur and Jason Bourne, failed to connect with German audiences. One of the few bright spots was Inferno, which lit up the box office in a way it failed to do in the US, taking more than $13.7m (€13m). Star Tom Hanks is hugely popular with German audiences and his two previous Dan Brown adaptations also performed well in the territory.

Following 2015’s record year for German cinema at the home box office, with bona fide blockbusters such as Look Who’s Back, Fack Ju Göhte 2 and Head Full Of Honey, this year only 13 million tickets were sold for locally produced films in the first nine months, the worst performance in five years. One of the biggest flops was action thriller Nick - Off Duty, starring Til Schweiger. Audiences prefer Schweiger in a comedy and the Warner Bros release opened with a paltry 117,000 admissions on its first weekend, slipped to 67,000 in the second and only mustered 25,000 in the third.

Maren Ade’s Cannes hit Toni Erdmann was a surprise success for distributor NFP. It opened in July after its German premiere at Munich Film Festival. Nineteen weeks on, it is still running on 35 screens with a gross of $6.9m (€6.5m) and admissions exceeding 730,000.

However, the real curveball has been Warner Bros’ Willkommen Bei Den Hartmanns, a good-natured, humorous take on the German response to life with newly arrived refugees from the Middle East and Africa, directed by Simon Verhoeven. The film opened at the top of the charts on November 3, selling more than 500,000 tickets in its first weekend to become the biggest opener of all time for production company Wiedemann & Berg.