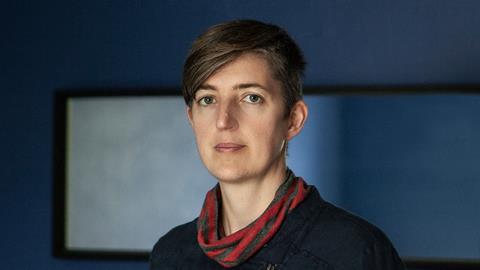 Midway through her four-year course at Ireland’s National Film School in Dun Laoghaire, it was time for Kate McCullough to pick her specialism.

She had done a lot of editing at the college, and surprised her tutors when she selected cinematography. “I’d never been out on a film set, so I hadn’t seen how male-dominated the camera and electrical departments were,” she says with a laugh.

Growing up on a farm in County Meath, McCullough was inspired when she watched a VHS of basketball documentary Hoop Dreams as a teenager (“That got me curious about being able to access worlds I didn’t know”), and she found herself gravitating towards documentary, jointly winning with Michael Lavelle the 2010 Sundance Film Festival cinematography award in the World Cinema — Documentary section for Ken Wardrop’s His & Hers. A key relationship was established with editor Emer Reynolds, who selected McCullough to shoot her debut feature doc Here Was Cuba (2013) and subsequent docs The Farthest (2017) and Songs For While I’m Away, about Thin Lizzy frontman Phil Lynott, which is scheduled to begin its cinema rollout in late October.

Shooting TV drama Blood for Element Pictures — “a formative job for me, just being able to manage a crew of that size, and telling a story over six episodes” — was another step, and landed McCullough the Element-produced Normal People, shooting the second block of episodes with director Hettie Macdonald.

In drama, she delivered highly distinctive work in Tom Sullivan’s Irish-language feature Arracht (2019), which is set during the Irish famine and stars fellow Star of Tomorrow Dónall Ó Héalai.

McCullough acknowledges her experience in non-fiction fed into her artistic choices on Arracht. “With documentary you learn an economy of language and approach,” she says. “And running with available light, not feeling you have to reach for a lamp just because you’re supposed to be the director of photography. You know you can work with minimal tools.”