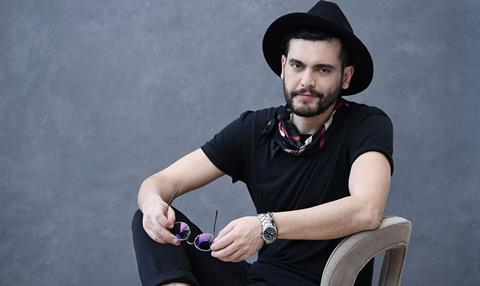 Syrian actor Samer Ismail saw the promising start to his career slip away when war broke out. But a breakout role in The Worthy put it back on track, and he has been named a Star of Tomorrow 2016

Ismail got his first big break straight out of Damascus’s Higher Institute of Dramatic Arts when he was cast as the lead in Syrian director Hatem Ali’s 2012 TV drama Omar. The epic series revolved around the life of Omar ibn Al-Khattab — the second successor, or Caliph, of the Prophet Muhammad — and introduced the young actor’s face to millions of viewers across the region.

“It was an amazing experience. I had recently graduated and found myself on a set with some 250 other actors and one of the best directors in the region at the time,” recalls Ismail. The role should have paved the way for a high-profile career but local work dried up as the Syrian civil war took its toll on the country’s once-thriving TV drama industry.

“The start of my career coincided with the beginning of the war so I never really savoured the success of appearing in Omar,” says Ismail. “The war has of course since impacted the local drama industry and although we try to continue to work, its capacity has been greatly reduced and a lot of actors and directors have left.”

A new chapter in Ismail’s acting career has just opened, however, with his first big-screen role in Emirati director Ali F Mostafa’s dystopian drama The Worthy, which features a cast from across the Middle East. Ismail delivers an arresting performance as Mussa, the psychopathic follower of a deadly cult who picks off a small band of survivors of an environmental disaster one-by-one.

The futuristic thriller, which will have its MENA premiere at Dubai International Film Festival (DIFF), is the latest production from Abu Dhabi film company Image Nation. It is being sold internationally by IM Global under its Anthem label and has just been picked up by Cinetic Media for the US.

UAE-based producer Rami Yasin, one of the producers of The Worthy who also oversaw the casting of the film, hopes the role will boost Ismail’s profile both in the Middle East and internationally. “Samer really is made for film,” says Yasin. “He is one of the few actors I have met and felt immediately he would do well in cinema. He really researches his characters and has a depth that he creates, but makes it look effortless in front of the camera.

“I hope that after The Worthy he will get more opportunities and perhaps even be discovered internationally like Ali Suliman, because he really is of that calibre,” Yasin adds, referring to the award-winning Palestinian actor.

In the meantime, Ismail has also just come off the set of another Image Nation production, the feelgood comedy On Borrowed Time directed by Iraqi writer-director Yasir Al Yasiri. Based on a short story by Kuwaiti poet and songwriter Kareem Al Iraqi, it revolves around four forgotten residents of an old people’s home whose lives are reinvigorated when one of them inherits a fortune.

In between shoots, Ismail continues to live in Damascus with his family. From 2014-15, he ran a comedy club in which the acts discussed the on-going conflict, but this has since disbanded and most of the performers are now dispersed across the globe.

Ismail, however, says he has no plans to leave Syria permanently for the time being. “It’s my country and I took the decision to remain. As an actor, I want to live through these times even though it’s very dangerous. I want to see the truth rather than learn about what’s happening via the media,” he explains. “If I want to do a project about the war and the suffering of the people in the future, I’ll understand better what the people went through because I was there.”

When back at home, Ismail runs drama workshops for high-school students and is writing the script for a character-driven TV drama that explores the period leading up to the war.